Released in August 2002, Aliens vs. Predator 2: Primal Hunt added new weapons and new multiplayer maps to the core game. Primal Hunt wasn't well-received because the single player campaigns were very short. The game takes place both 500 years and 5 weeks before the events of the main game in an attempt to explain loose ends. 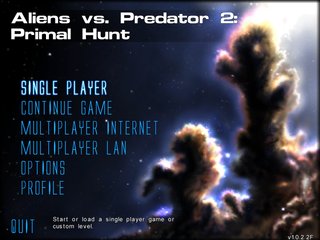 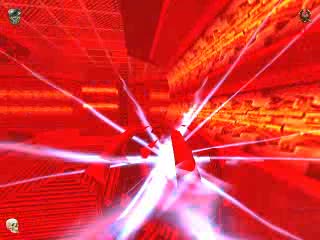 Corporate in 0:09:36 by Richard Karlsson done in 3 segments appended to one file.

This, Corporate run, i enjoyed alot.

I found more shortcuts in this run than the rest Avp2 runs. However, its very limited.

There were alot of aliens around, still i tried to not care and just do what was needed.

In a great surprise i found the flamer to be very well to fend off aliens, it was a great help in segment 2, Artifact.

The hardest part was the first one, since staying alive was sometimes random. Facehugger could get you easily anytime and your health could go from 100 to 0 in a few seconds.

There is very little i would like to change in this run, and as said it was real fun to make, i hope you will enjoy it!

Thanks mikwuyma, nate, DJGrenola and Radix getting this run posted. Also, many thanks for Kibumbi and his previous segmented run.

I started out with segmented improvement which ended up around 34 seconds faster than Kibumbi's run. After that I tried single-segmenting on easy because normal was just too random, I haven't timed it but it was faster than my segmented run on normal simply because of the stuff I can do in the last level. A day later I got bored and wanted to improve the single-segment run but instead ended up finding a better route for the first level. I immediately tried if it works on normal, and it did. I couldn't submit anymore after this so I decided to run the game single-segment on normal.

Predator in 0:14:24 by Richard Karlsson done in 4 segments appended to one file.

After the Marine run i later decided to take on the expansion as well.

The expansion is far more instense with enemies and damage amount taken. This caused abit problem of going fast, mostly in this, Predator run. The Aliens swarms all around, lots and lots of facehuggers. As comfort and great deal of help i used the healing device and recharger. This made it possible to keep a low amount of kills. Also the stun function on the plasma pistol worked very well to keep the aliens at distance.

I hope you will enjoy!