Released in November 1998, Abe's Exoddus is a 2D side-scrolling platformer game, and the sequel to Abe's Oddysee. It continues the story of Abe, an ex-worker of the Glukkons, charting his efforts to save his fellow Mudokons from slavery by his former masters, and also to evict them from the ancient gravesite of his people's ancestors. The game features more mudokons to save, more levels to explore, more enemies to kill, and the ability to take possession of your very own farts. 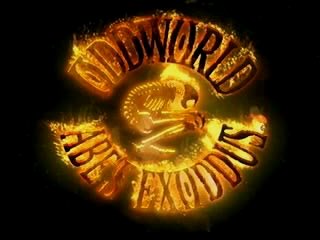 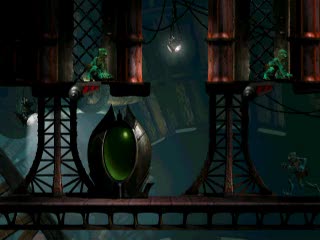 Some existing runs use the trick of purposefully leaving the second disc with the cutscenes on it uninstalled in order to skip them showing during gameplay. This has been ruled out and should not be done with future runs! The time the old runs gained from it will be accounted for in timing future runs.

This is a 100% segmented speedrun of Abe's Exoddus.

I managed to beat the game in 2:38:50. I resuce all 300 Mudokons in the game and I use the ledge glitch which found some interesting shortcuts in areas which you don't see in the any% run.

This run was done in 117 segments and at the end of a segment I pause, save and reload. I feel like this run was a great first attempt especially since there is not a 100% Exoddus run currently made on real time or TAS. The difficult things I found in this run was controlling the Flying Slig in Zulag 8 at Soulstorm Brewery, positioning him up to the lever to free the depressed Mudokons.

Abe can speak to his Mudokon faster than a normal conversation which saves a lot of time. You can just say "Hello" and "follow me" one and the other and the Mudokon will say "Hello, ok!" and they'll just follow you.

Hello Oddworld fans! Welcome to my any% segmented masterpiece of Oddworld: Abe's Exoddus PC version done in less segments than my previous Exoddus any% run at SDA. I decided to re-do my Exoddus any% segmented masterpiece for the following reasons:
* I am using better capture software than Hypercam.
* The frame rate is spot on this time.
* I decided to record the run in the same amount or less segments than what Sligfantry did his in.
* This resulted in doing less Stop Turns than my previous run but a single segment player wouldn't be able to do every Stop Turn so I only did ones such as the one in Necrum Mines and some diagonal falls for a faster drop down.

The route I used is based on the PSX TAS and here are some the changes since Sligfantry's run that I used from the TAS.

1. In Necrum Mines, there is better Mudokon escorting in Tunnel 1.
2. In the later tunnels, I set up the auto turn for the stop turn early to get a faster backwards jump in Mines Ender.
3. In Necrum, something i didn't do in my pulled down submission, I use the ledge glitch towards the end of the stage to skip some wells.
4. In the Mudomo Vaults, I use some new ledge glitch shortcuts! There is also a new shortcut in the Mudomo Vault ender!
5. In the Mundanchee vaults, I change the order on the doors compared to Sligfantry's run and also several new ledge glitch shortcuts are done!
6. In the Feeco Depot, I use the diagonal fall glitch to skip Bonewerkz, Slig Barracks and the Executive Office.
7. In the Greeters section, I find a faster way to get past the stage on what Sligfantry did.
8. At the SoulStorm Brewery entrance, I use a faster way to get into Hub 1 with an automatic riding platform.
9. In Zulag 1, I use only 1 Glukon and a diagonal fall glitch towards the end. In my previous cancelled submission, I forgot that the Glukon can say "Come here!" right after the "Do It!" command with the second Slig, so I have included this in this run. Plus, I don't need to use a Slig to pull the lever after doing the 3 voice locks.
10. I use a more consistant route in the last zulag of Hub 1 .
11. I change the Zulag order in Hub 2 to match with the TAS. It is also faster and ledge glitch setups are faster too. In Zulag 9, I don't electrocute the Slig. It is slower.
12. In Zulag 7, if you just hold throw for a few frames, the Slog will sniff the bone. This will delay the SLog from chasing Abe.
13. I set up a ledge glitch in the Zulag 10 in Hub 2 for the next Zulag in Hub 3.
There is better Mudokon escorting in Zulag 10 before Hub 3.
14. I change the door order in Hub 3 for a faster route.
15. I set up the ledge glitch in the Zulag where you possess the Flying Slig for a faster drop down.
16. Everything else is identical to Sligfantry's run but with better Mudokon escorting in the last Zulag in Hub 3.

So as you can see, all those 16 changes results in getting a sub 45 for the any% PC run and now I have done everything in the fastest possible way, I can't see another improvement unless something new is found.

I hope you enjoyed my segmented masterpiece. Any questions? You can contact me on the SDA forums.