Released in May 2005, GlyphX Games' Advent Rising is a sci-fi third person shooter involving aliens who decide to destroy humanity for basically no reason whatsoever. Despite the developer's best efforts, including hiring Tommy Tallarico to compose and Orson Scott Card and Cameron Dayton to write the script, the game underperformed and fans are left at a cliffhanger ending waiting for a sequel that will never happen. Of course, it turned out that having a script written by Orson Scott Card was perhaps not the best publicity anyways. 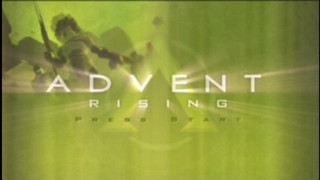 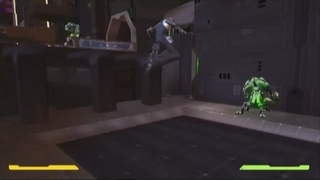 Runs on the Xbox version:

Howdy. This is my single-segment, deathless, warps run through the Xbox version of Advent Rising, using the Mario-styled warp pipes in Chapter 1-B and 4-B to skip through the majority of the game. While the run is on Easy difficulty--since harder difficulties only increase enemy health and damage--the main threat of this run comes from falling off cliffs, either by missing an important double walljump or randomized enemy patterns, and system crashes after defeating the last boss (which is immediately followed by a segment where you literally don't have to do anything for the next 44 seconds to finish the game).

The greatest drawback of this run is that it's almost nothing but scripted or timed sequences, so the exactness and speed with which you have to perform through intermittent gameplay and tutorial sequences is just that much more important to a good take. Roughly ten minutes is mandatory at this point.

If everything had gone absolutely perfect, I believe this run could've been about thirty seconds faster, but as it is, it only has some small mistakes here and there. Unless I discover some more glitches, I don't think I'll personally be able to top this time.

Wallriding - Essential. Jumping at a wall and pushing against it in the direction you want to go increases Gideon's speed by at least three times normal. This lets you trigger some events earlier and speeds up general travel time where applicable.

H.A.Z.E. trick - On 1-A, reloading your H.A.Z.E. and timing the weapon select menu just before the in-level cutscene triggers drops an additional H.A.Z.E. at your post-cutscene spawn point, stocked with ammo again. This allows me to get to level three for the gun without even having fought any Seekers yet.

1-B Warp Pipe Walljump - Normally, you have to press six buttons scattered throughout this level to reach the set of warp pipes, but I save at least twenty seconds by ignoring them and doing a double walljump and working along the wall behind it.

4-A training room - Smashing a set amount of pillars and then smashing one more once the tutorial messages disappear marks the "Lift object" objective complete. I then use a low ceiling to get to level three jump in a few seconds, allowing me to charge jump and dodgeshift, the latter of which I use to take out the Aurelians once they stand up.