Alien Swarm is a top-down shooter by Valve, a remake of the Alien Swarm mod for Unreal Tournament 2004 and developed by the original team. In December 2052 a swarm of invasive aliens took over a colonized planet and it is up to a few marines to search for survivors and destroy the colony. 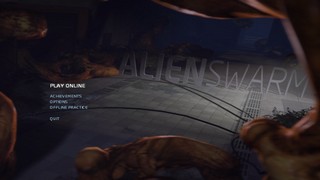 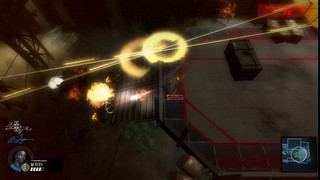 Before anything, I'll have to apologize for the occasional stutters and apparent framedrops in these runs. There is little to be done about this; Alien Swarm isn't terribly well optimized, and it's also forcibly played through Steam servers. Most spikes are actually just client-server desync, rather than performance hits, and thus are completely unavoidable.

It's worth keeping in mind that this game is designed as a 4-player coop game. I complete every level on the hardest difficulty, solo. Without wasting any time. Furthermore, all levels reach the in-game speedrun achievement time, which are also designed for 4-player teams. That should contextualize the difficulty somewhat.

Most levels are completed using Wildcat, because she is the fastest (highest movement speed, high damage). The only missions she's not used in require a tech to hack a main mission objective. For these, both techs have their advantage: Vegas gets bonus melee damage (which applies to chainsaws), while Crash has bigger explosions (although they're also more likely to murder me by accident :P).

Landing Bay (1:04)
The main improvement in this level is using the grenade launcher, both to knock the barrel down to my level at the start, and just for adding extra damage to doors and aliens. The barrel drop in this run is absolutely beautiful. I lost a couple seconds on hacking RNG, but with how difficult the barrel roll setup is, you take what you get. The door has a habit of not getting destroyed despite being on 0 hp, but I don't think it lost me any time.

Cargo Elevator (0:56)
The first level with Onslaught strats. Onslaught is an extra difficulty option that will randomly spawn extra drones, parasites, and shield bugs around the level. The first two only make it harder, but shield bugs offer some very interesting possibilities.

In this case, a shield bug spawned on the elevator can kick me on top of the engine, and from there, straight out of bounds. I have to wait a little bit at the corner to avoid rolling into invisible walls and falling down; I may have been a bit overly careful, but it's not a major time loss.

Deima Surface Bridge (2:04)
With those silly OOB routes out of the way, it's time for the other fun part of Alien Swarm speedrunning: Assault jets, aka rocket boots. These items are surprisingly well coded to prevent sequence breaks: it's always impossible to jump to an area behind a mission objective, or even just a natural barrier. Still, they can cover large distances with precise aiming and save a lot of time.
I spent a lot of effort optimizing this level, getting perfect alligns for the perfect jet jumps, especially that mid-roll item pickup at the start. Yet the most time saved comes from something I don't even understand: the airship let me pass much faster than it's supposed to. It saves 2 to 3 seconds, and I have no idea how.

Rydberg Reactor (0:44)
When I started running these ILs, I knew about this trick, but I thought it got patched out. It didn't, it's just pixel-perfect. In a game without pixel-precise aiming. Getting two door jumps in a row without wasting time takes a lot of grinding, this is how low I managed to get it.

SynTek Residential (2:10)
Residential is difficult for just one reason: Parasites cheat. If they catch on fire after jumping at me, they still infect me. They can start jumping at me without even having line of sight. Or they can just decide they didn't get hit by fire at all. Screw those twats.
This level got a lot more consistent after I figured out how the first intersection really works. There's a trigger to spawn a swarm of parasites from one of the vents right on top of the door I walk through, but if I hug it as close to the right as physically possible, I can avoid the trigger. Thanks to this, I could stop losing runs to handling that intersection badly and focus on more difficult strategies.
The major improvement to this run comes from the dumbest idea I ever had. "What if I just get a shield bug to kick me across the room onto the roof?" It turns out possible, and it beats the speedrun achievement time! Only problem is, shield bugs react really weird to aliens that use projectiles, trying to avoid them even though they're not shooting at him. It makes it a real chore to pull them along with you.
This run has a pretty major mistake in missing one of the biomasses, but it only took a second or two to fix that, and the shield bug was extremely nice to me. He basically never follows along that quickly, making this my best completion time by a mile.

Sewer Junction B5 (1:06)
The only straight-forward level without silly tricks, though it does have some cool time savers. The first is an off-screen rifle shot that blows up a barrel and clears an obstacle; usually you'd have to wait for its animation to finish. It's an extremely inconsistent shot as you have to shoot it while running down the stair; you can't reach the barrel from the top, and you won't shoot upward if you're below. I don't have a consistent reference point, it's pure grinding.
The rest of the level is dodging parasites (they can't infect you while the charged armour is active), blowing up all the eggs, and finally a small shortcut in rolling across the gap. It looks like the shield bug at the end ruins the run, but I actually think the timer already stopped as he kicked me, and the game just waited for me to hit the floor again to actually end the level. Because if it didn't, there's no way this would've still been a 1:06. That's 2 seconds faster than the previous WR, without major routing improvements.

Timor Station (2:49)
Frost grenades help make the early part of the level as consistent as possible. For some reason, the little red swarmlings can decide to leap at you despite being frozen, but at least they're a lot slower.

The main improvement to this level comes from the jet jumps at the rocks. TheMaster found a setup to jump straight from the rocks to the terminal while only sawing through a single rock. In turn, I found a setup to jump on top of the rocks when returning. The collision is very weird and inconsistent when doing it, and while this attempt wasn't the cleanest it could've been a lot worse. This set of jumps retains one assault jets charge, which is used from the bridge to save the most time.