Aliens vs. Predator is the 2010 reimagining of the 1999 classic by the same team at Rebellion. Once again, the game features an interwoven plot and distinct play mechanics for all 3 races. Unfortunately, the only remarkable feature of it is that it is not Aliens: Colonial Marines. 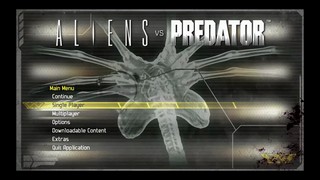 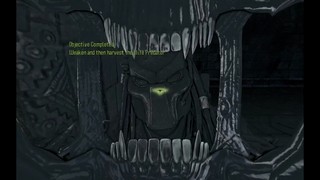 There really wasn't much routing that went into this run. The Xenomorph campaign is really quite straight forward. There's only one thing I have to say. Marines with shotguns suck!! Those guys have ended so many of my runs by one-shotting me in various places. There are a few dropped frame issues here and there, so next time I run this game, I'll set OBS for 60FPS and 5000 Bitrate.

Stage 1: Not much to say here, it's the tutorial level of the campaign. Very rarely does a run end here unless the game doesn't want to let me make a jump into a vent somewhere. The only other occurences of a failure have happened at the Queen's holding cell, and at the final switch of the level. The guards and the androids are basically RNG, so if the game wants you dead, they'll just blow your head off. I had one occurence where I somehow died right at the final switch just as the cutscene came up because the androids decided to focus on me instead of the other Xenomorphs in the room.

Stage 2: This is where the run starts getting difficult. Specifically in the garage section. There are 5 Marines in there, and things can go real bad real fast as I have to kill all six people. There's a primary reason I jump to the ceiling and head for the solitary marine on the stairway in the back, instead of going for the two closest ones. If I attack the two marines closest to me first, my odds of surviving are about 5%. But by attacking the single marine in the back of the room first, my odds of surviving increase to about 75%. A lot of runs have ended in this room.

Stage 3: Not really much to say about this level. There is a room with some marines in there, and you'll notice I attack one of the marines before prying the door open. That's because if I don't, that one marines will just wreck me. For some reason if I attack him, he runs away, giving me time to open the door. As for the final stretch, you'll notice me hugging the ceiling. That's because there's a guy with a shotgun right at the very end near the console I need to destroy. Two runs back before completing this one, that guy one-shot me while I was sprinting passed him, and that never happened before.

Stage 4: Longest stage of the game by far. I'm actually surprised by how fast I handled the mandatory marine kills. I also ended up near death quite a few times, which surprises me further because I managed not to die somehow. Fairly straight forward, I found a new strat for destroying one of the generators by igniting a tank near it the previous run before this one to see if it would work, and it does. I kill the three marines in the area with the final switch I need to destroy, because ignoring them is a very bad idea.

Stage 5: Not much to say here, everything went fairly well aside from going the wrong way on the ground switches. Now, the Predator fights were a buit of a pain, well, the first Predator was, anyway. These first two guys are pure RNG, and you MUST have them down on the ground to stunlock them with heavy attacks. This is literally the only part of the run where heavy attacks are a viable attack option because they take so long to wind up. You can do 2-3 light attacks before doing one heavy attack. The final Predator fight went pretty well actually. Only part I didn't like about it, was that I attacked one extra time before the final input. I can probably save about 30 seconds at least on the boss fights with perfect RNG. But getting that RNG is easier said than done.

I hope you all enjoyed this run of the Xenomorph campaign, because it's so fun for me to do.