Released in April 2005, Area 51 was supposed to be a remake of the arcade classic, but there was a change in plans at the last second. You play as Hazmat Specialist Ethan Cole, who is sent into Area 51 after a virus is leaked and communication with the base's scientists is lost. The virus turns anyone who touches it into a mutant alien. 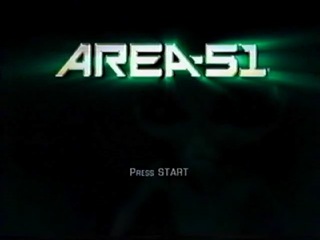 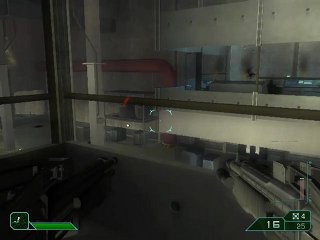 I think it was about time someone made a run of Area 51 worthy of being listed on SDA. The old run done on Xbox by Kevin 'Mitsukai' Shropshire was just a joke. There was nothing about that run I would consider to be well done. The planning was bad, the playing was bad and it didn't seem like the runner did any research on the game at all. The methods used to improve the run were quite simple. Flatten out the ridiculous amount of mistakes present in the Xbox run, use straferunning to move almost twice as fast as in the Xbox run, and last but not least, use the shortcuts available in the game which the Xbox run didn't. If you think I'm too harsh on his run, I think you should watch the runs side by side, it will most likely change your opinion.

Thanks to TheVoid for helping me test a lot of things in the game, and for discovering some of the tricks and shortcuts used in the run.

Later me and TheVoid also found out that the old run was even cheated. If this was intentional or not we don't know, because the chance of it being a mistake is quite big. To get the JB grenade rocket upgrade you have to scan some blueprints in the level Life or Death. In Mitsukai's run he has the upgrade, but nowhere in the run can you see him scan those blueprints to get it. The problem in this game is the profile management. Once you have scanned an object in the game it will remain as scanned in your profile forever, even if you replay the game from scratch. So it could just have been an overlooked mistake, but it still classifies as cheating, unfortunately.

In contrary to most of the runs I make, this game is very easy to speedrun. You don't have to bother with tricky bunnyhopping or similar things, which can prevent you from optimising other tasks. Just run a lot, push a few buttons and shoot now and then. I decided to do this run on Normal skill since the old run is also done on Normal skill. Basically this is because I wanted to get working on the run right away, and not have to stroll through the entire game a couple of times to unlock Hard mode.

Something that does make researching this game annoying is the total lack of an SDK, console and manual saving. So looking up triggers and testing different things in this game is a real pain in the ass. I don't even dare to think what I might have missed because of that.