Released in March 2011, The Da Vinci Disappearance is a downloadable content pack for Assassin's Creed: Brotherhood. It features 8 new single player missions and all the tried and tested Assassin's Creed gameplay. 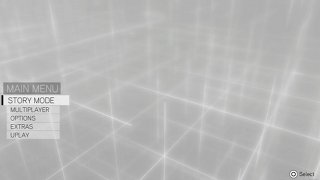 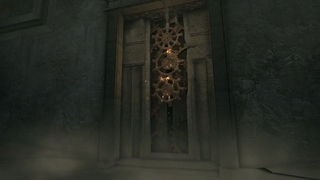 After Assassin's Creed II, I wanted to do something with Assassin's Creed Brotherhood, but not the entire game. I did a casual run of every story mission, but then I discovered the DLC and decided to run it, with missions as individual levels and segments (not in the normal order but all was made in july 2011).
I wish to thank everyone who supported me, mainly my girlfriend and fluojn. All game settings were at the minimum, except the resolution, which is a little more than in my previous run : 512x288 for LQ and MQ ; 1024x576 for HQ and IQ.
You can consider this run as new game + since I finished the entire game before redoing and recording the DLC missions, so I had every weapon including smoke bombs, crossbow, throwing knives. I also did 100% synchronization for each mission, simply because it's faster or it takes the same time. I chose to wear the Seusenhofer armor since it's the strongest armor allowing to keep the original white clothing.
The run was done with the PC version, using a controller (the mouse was only used in memory 7).

- 00:18 the control of Ezio begins during the white screen, but running forward allows me to get quite close to Salai, that's why I only have to turn a little to find him
- 00:46 I got backwards to see every ennemy, so that they all get killed by the arrow storm
- 01:58 there's always a red alert here, but it's the shortest path, so I call the recruits to slow down ennemies as much as possible
- 02:20 I have to wait a second or so, but another path would have been longer, and Ezio couldn't get out of sight earlier
- 03:44 Salai was blocked about two seconds, but I never had any attempt without such a loss of time (or longer)
- 04:26 I get up because the three ennemies are triggered both by Salai on the lower roof and Ezio on the upper roof, and I wait a little for the arrow storm (many times ennemies don't get hit if they're jumping)
- 04:47 this was unintended and can look bad, but Salai was close enough to Ezio so no time was lost (Salai kept running)

- 00:28 the framerate decreases from there (I don't know why, maybe because the mission takes place out of Rome), but not so much, and it becomes normal at the second part of the mission
- 00:32 you can't get down directly unless being spotted before the end, that's why I use the scripted path (as in almost all parts of this mission), in particular the haypile, which triggers the guards to walk in a different manner
- 00:46 a wall horizontal jump is possible there instead of the climbing animation, but it's a kind of detour and takes the same amount of time, so I use the scripted path also
- 01:00 I choose to catch this end of the beam so that Ezio doesn't hang on it, which costs some time
- 01:32 it is quite impossible to thrown the smoke bomb while running here, so I had to stop and to wait for Ezio to be able to run and jump (directly on the floor, without catching the handhold)
- 01:46 Ezio is hanging on the beam because nothing else is possible (a wall jump would have been blocked by the wall itself)
- 01:51 same thing as before, Ezio doesn't hang on the beam if it's catched on the left
- 02:10 Ezio will start the next objective at a different place than where he lands, and this bypasses the ledge-to-ledge jump
- 02:26 this jump to the left is the beginning of a non-scripted path, since Ezio normally climbs and jumps on everything, whereas in my run I choose to throw a smoke bomb while running on the ground
- 02:53 I'd rather change brutally the direction here for half a second than try to run on the wall
- 03:17 the kind of box is too close (and so too slow) to climb straight forward, that's why I climb from the little ramp
- 03:23 I'd have preferred catch the ledge more on the right, but this jump looks like a scripted one
- 03:40 as you can notice, I wanted to jump from the left, but despite Ezio chose to do it from the nest, almost no time was lost

- 00:39 I kill those ennemies with the arrow storm, but only once the target is away enough (to avoid being spotted) and out of sight
- 00:53 the throwing knives appear to be the best weapon for the guard posts in this mission, I killed a civilian at the first one but the target didn't see anything
- 02:35 I wait a little before throwing the knives at this place because I don't want the target to notice me
- 03:38 the target takes a detour, but what you can see here does not cost so much time than usually
- 04:51 the little amount of time lost with the pedestrians was balanced by the spawn position of the horse (in most of the attempts I catch it near the dead target)
- 05:22 the only way to end the mission is to go near the castle, since there are walls blocking the other directions

- 00:19 I don't know why the horse, when catched here, runs directly into the wall, but finally not so much time was lost
- 01:10 there I reach a position where I can't get hit and then I throw 4 knives (he gets killed with 5) so that I haven't to punch him except at the end
- 01:39 this counterkill can't be avoided, except while kicking, but in this case Ezio moves forward and can't hit neither
- 01:45 this hit I receive is rare, but is finally nothing more than a hiccup
- 02:15 it was the only time I managed to kill every ennemy on the boat with the arrow storm, and to steal the painting without taking a body, since the command (free hand) is the same for both actions

- 00:22 in my opinion this represents the best start possible for this mission, since the horse comes from forward and goes immediately in the correct direction
- 01:16 on this roof I had to stop sprinting in order to jump from a precise place (too late or too early and I would have grabbed a ledge)
- 01:23 my first plan was to kill those two guys with the hidden blades from the roof, but the smoke bomb method is much faster
- 01:43 this jump over the stairs allows me to get the target as early as possible
- 01:49 it's almost the first place where you can catch the target (the first one is just before the well) and I managed to stay anonymous thanks to the smoke bomb

- 00:19 activating the eagle vision at this place, as running next to the wall, is part of the luck manipulation for the first painting
- 00:27 the two guards that could disturb Ezio (one for the painting on the way and one for the target) are stopped by the smoke bomb
- 00:51 in my opinion the superblending method is the fastest one there, and to be even faster I use the fast walk/steal command rather than gentle push, because the effect is similar
- 00:56 it's great to climb directly upwards (without any horizontal move) and without hiding in the hay pile
- 01:18 I found it faster to stop the sprint and to change the camera angle because the curve is hard and the door is narrow
- 01:25 the arrow becomes filled with red but there's no alert thanks to the smoke bomb
- 01:39 this jump and the following are quite hard, that's why I stop sprinting a little before the window
- 01:45 my first plan was go to the south from there, but using the parachute to the west is several seconds faster

- 00:12 in this mission you can't run until the objective is written, so I begin with the nearest painting, on the left
- 00:15 the moves can appear to be slow, but they're much faster with the mouse than with the controller, and the fact the painting moves with the pointer makes it more difficult, so I'm satisfied with this attempt
- 01:08 this part was the most difficult of the mission because I had to use the mouse and the controller (to rotate the elements) at the same time, but all was finally successful

- 00:52 it's a small timesaver, but Ezio makes only one horizontal move to reach the correct jump position
- 01:06 I run a little on the ledge in order that Ezio doesn't have to climb on the next obstacle
- 01:17 at the beginning of this battle the throwing knives are very useful, and I'm not disturbed thanks to the smoke bomb
- 01:28 then the throwing knives, as the ennemies, have a weird behaviour, so I use the hidden gun with the sword and during the red alert (otherwise Ezio reloads the gun between the shots)
- 02:37 this jump is made so that Ezio doesn't catch the next ledge (because he doesn't really land) and he doesn't loose any health
- 03:16 because of the weird camera angle, this jump is for me the most difficult one of this mission, but it becomes easier with training
- 03:59 I decided to keep the attempt considering the rest of it, but this is horrible and completely unfortunate
- 04:35 if you don't jump in the correct direction there, some time can be lost at the broken pillar
- 05:26 there is a point where you can jump from the stone face not to hang on the beam, but the method I use is finally faster
- 06:10 you can guess a little hesitation at this place, because the direction of the jump is extremely important
- 06:48 the fact that the landing is not complete, on this platform, allows me to keep all the health points and 100% synchronization
- 07:03 Ezio often jumps in the wrong direction, that's why I take some time to adjust the camera angle
- 07:42 a wall jump is almost impossible because of the tiny perpendicular platform, so I'd rather jump directly and hang on the next ledge
- 09:04 this shortcut is also quite difficult, but it was successful
- 09:40 maybe it could be a shame but the last cutscene, from there, is unskippable