Avatar: The Last Airbender (Avatar: The Legend of Aang in Europe) is the first game released that is based upon the award winning anime/cartoon series. The game follows Aang, Katara, and Sokka in their battle against the Fire Nation. Along the way, they run into a girl named The Maker who threatens to challenge Aang for his status as The Avatar. 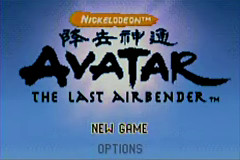 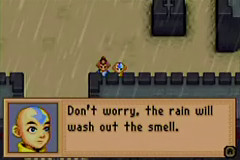 I have no funny intro quip. Sorry.

So now I'll leave you
With Aang, Toph, and Katara
In this speed run here.

This run is Copyright (C) 2008 Nicholas "Sir VG" Hoppe and is allowed for downloading and private viewing. Permissions for hosting this run have been granted to Radix and Speed Demos Archive. Public viewing of this run is prohibited without prior permission from the creator. The selling or distribution of this run for profit in any way, shape, or form including (but not limited to) selling on eBay and television for profit is prohibited without prior permission from the author. Video hosting sites (i.e. YouTube, etc) may host this video in part or in full, as long as full permission is granted to the author. Any violation of the above listed may result in legal action. Avatar: The Last Airbender is Copyright (C) 2006 THQ.