Released on December 3, 2001 for Playstation 2, October 22, 2002 for Xbox, and November 20, 2002 for Gamecube, Dark Alliance annoyed Baldur's Gate fans by turning their beloved epic RPGs into a hack-and-slash action game. Players pick between three fantasy archetypes and set out to vanquish a vague evil. 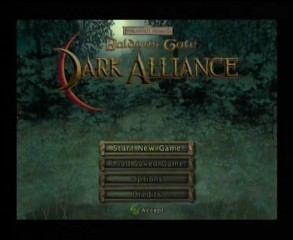 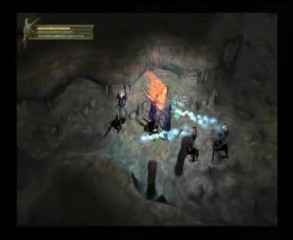 Commenting time... okay, so instead of writing a huge block of text that really doesn't say anything, I'm just going to tell the less obvious parts to aid you see what's going on.

Here's some parts that could be improved to get a better time:

Seeing this is the first run of the game to be actually finished, I'm content with the tricks and route I came up with from scratch. I got some help from Lag.Com and ZenicReverie, and credit from the ideas about crossing directly the platform jumping part in the Thieves' Guild and using Exploding Arrows against Illvarra goes to them, respectively.

If you want to contact me, I can be found in the SDA forums by the username of "Cremator", or you can use email. My address is cremator AT mail DOT com.