Released in 1993, Batman Returns follows the long tradition of Master System devs independently creating a distinct game for the system while a more famous version gets released for the SNES or Genesis. This particular title features branching routes and, in a clear break from the Genesis version, fun. 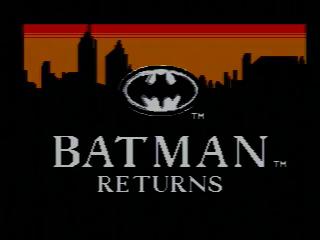 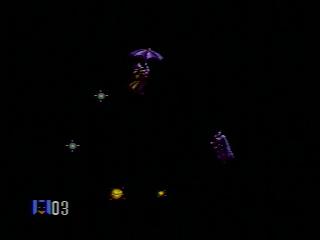 I had worked on a speed run through this game casually for quite some time. My rough estimate for a complete run was around 14 minutes,
and due to the difficult route I had planned and the luck required on the final boss, I didn't really feel compelled to start working
on it more seriously. It wasn't until Efreeti pointed out that one can skip nearly every stage thanks to some simple damage boosting (originally done with two deaths, but I can do it with one).
A few months after learning about this trick I began working on the run more seriously. Stage 5-3 was giving me a lot of trouble, and only few of my runs
managed to reach the final boss. One day, I decided to see how long it would take me to do a run through Hard mode instead. Quite suddenly, I found a major
improvement on the damage boosting trick, allowing me to skip two very troublesome stages. Interestingly enough, running 1-1 on Hard is considerably easier than
doing it on Easy.

As such, I now only complete half of stage 1-1, 5-4 and then go straight to the final boss fight. After about 600 recording attempts, here's what I managed to produce.

Stage 1
Here's what can go wrong:
*Crispy death: Using the ninja rope too soon, and swinging too low. This will make you go straight into the flamethrower's flame.
*Height problem: Using the ninja rope too late, and swinging too high. This will make you miss the jump onto the platform to the right.
*Incendiary walk: Walking into the second flamethrower's flame. Obviously, this kills Batman instantly and wastes around 2 seconds.
*Crappy boomerang: Not grabbing the Batman-boomerang upgrade. Missing it makes it more difficult and slow to kill the exploding guy. By getting the range upgrade one can kill him
a lot sooner, so that you only have to wait for a few frames before moving on.
*Killing descent: Missing the small platform next to the second exploding guy. Obviously results in an instant death. Given the mechanics of the game, one would lose around 3-4
seconds due to such a mistake.
*Explosive demise: Jumping too far on the small platform next to the second exploding guy. He'll explode all over your face.
*Ninja failure: Missing any of the three ninja rope swings. They can be quite nasty and are surprisingly easy to miss when one is in a hurry.
-Not getting on top of the van using a single damage boost. It's not a difficult trick, but this happened to me sometimes.
-Failing to do all the ninja rope cancels throughout the entire stage. They save around 1-2 seconds, and the trick should be used whenever you can.

Overall, my stage 1-1 is pretty much perfect, and I didn't make any of the above mistakes. The damage boost onto the van is a very interesting trick. The stage
doesn't actually end there. One normally has to blow up the van and move onward, to reach the actual end of the stage. I'm not quite sure why this trick works
the way it does. I originally suspected that the level changing was done based on height. However, doing this trick on Easy teleports me to stage 5-2 instead
of 5-4, despite being identical to the Hard mode damage boost. I have no clue how the trick actually works, but it's quite convenient.

A trick I use almost everywhere in this run is 'Ninja Rope Cancelling'. I use Batman's ninja rope a frame or two before he lands on the ground to cancel his
landing animation. This saves me only a tiny fraction of a second for each jump, but due to there being many jumps in this stage it accumulates to about 1-2
seconds in total.

I reckon a TAS could make more use of the bottom route than I do.
Swinging is only faster when the rope is attached far away from Batman. The timing on these swings is really darned hard. If Batman reaches his terminal falling
velocity it becomes impossible to grab onto any ceiling, because the rope extends at the same speed at which Batman falls. My reason for taking the top route
is thus that it doesn't require a really long succession of perfect ninja rope swings, and it allows me to eliminate several enemies, to reduce lag. Perfect execution of the
bottom route is very feasible in a TAS, but not in a regular speed run. My original route through this stage actually made more extensive use of the bottom path,
but despite many hours of practice it never ended up being quicker than the top route. If I'd ever decide to try and improve upon the current run, this would
most likely be how I'd try to do it (though I highly doubt it's feasible).

Stage 5-4
More reasons for resetting:
*Bad jumping: If you don't jump right after the level starts, Batman drops down one level on those watery stairs. It wastes about a second.
*Untimely swings: Missing any of the three moving platform swings results in a slow and painful death. Also wastes about 4-5 seconds.
*Radical crazy woman: There's an enemy that jumps around like crazy while throwing knives. Sometimes it'll somehow fly across the screen, in the middle of your path.
You can see a crazy woman flying by near the end of this stage.
*Great leap of faith: The final moving platform I try to ninja-rope off sometimes spawns a bit higher or lower. If it's too low, I lose a lot of speed and if it's too high
I can't reach it and plunge to my death.
*Easy to miss: I have to do several swings between blocks, and then jump on top of another small block. The second ninja rope swing is especially easy to mess up.
Missing it wastes about a second or two, as I have to take a slightly different route (after falling down).
*Resurfacing rascal: If you fail to do the last ninja rope cancel at the very end of the stage, it's quite possible to fall off the step and to hit the resurfacing enemy.
Instant death, of course.

You might have noticed that the wrong music is playing in this stage. The game still thinks I'm in stage 1, and simply keeps on playing that music instead of
the stage 5 music. I don't mind, since I quite like this tune. Overall, I got a nearly perfect run through this stage. I probably could've jumped about .2 seconds earlier,
onto the second moving platform, but other than that there's nothing I could've done better (to my knowledge). The crazy woman I mention in the third point didn't
spawn this time, despite nearly always being there.

Final Boss
Here's what caused 90% of my resets:
*Missing my final attack during the first phase. Wastes about a second, and costs me a life, since he dives right at me after passing by.
*Getting hit by a bomb: They're not hard to avoid, but sometimes you just stand a tiny bit too close to where they fall.
*Getting a bad first spawn during the second phase. His initial spawn point is random in this phase. The spawn pattern itself is fixed, though.
*Losing a life during the second phase. It's perhaps not really reset-worthy, because I have to wait for the guy to appear/disappear anyway,
but it makes the third phase a tiny bit slower.
*Missing a single attack during the third phase. The ninja rope attacks I do are very easy to screw up, and you have to get all of them.

I've found a way to (very inconsistently) manipulate where he spawns during the second phase, and force him to appear to my left hand side.
That way I can land two blows and finish him off once he appears a second time. I first thought it would be possible to get a 1-round phase 2 using the
spawn manipulation, but he always seems to require an extra blow when I manage to strike him thrice during a spawn. A 1-round bossfight thus seems impossible.
Every part of the bossfight goes perfectly, and I don't see any room for improvement.