Bayonetta is a third-person action game developed by Platinum Games that puts you in control of the questionably-dressed firearm-toting Umbra Witch Bayonetta as she battles the angelic forces of the Lumen Sages. The game combines fast pace, a slowdown mode named 'Witch Time' and some impressively deep combat mechanics to make for an amazing gameplay experience. 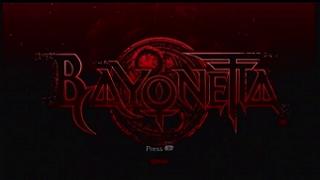 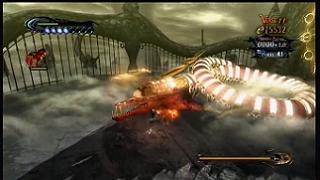 I started this run of a fun game (which you should buy) in April 2010. It went through lots of a changes and is almost unrecognisable from what it used to be. My first SS run of this game after I had a route was a 2:17 so in two years I (with some help) have ended up with a route that cuts 44 minutes off that time. So yeah, look how great I am. 44 minutes. That's the length of one of those terrible American dramas that you probably like.

This run started as a Segmented run with the goal of breaking two hours. This lowered over time and I wondered if I could get sub-2 hours SS. I was playing on PS3 when I was practicing for AGDQ'11 and tried out 360. This ended up being an expensive mistake because I realised I now had to buy one. I was practicing SS runs and managed to break the two hour mark in practice. My live run was bad but nobody noticed.

I left AGDQ, got drunk in New York and... I was told I went to Boston but I don't remember much of that. I do have a Boston fridge magnet on my fridge though so I guess it's true. When I got back I restarted my Segmented run and got to Chapter II with Jeanne (burn in hell Don-San) then managed to squeeze past that level. At Chapter III my standards shot through the roof and I had to restart the whole thing after finding new strats. After getting to Jeanne again (I'm coming for you Don-San) I gave up.

AGDQ'12 Game list comes around and Bayonetta is back on it. After my poor showing last year I really put in the hours to practice it, which is a lot easier now that it doesn't take 3 and a half hours, to get impressive runs. At this point I realise segmented runs are for wusses and that I'm probably good enough at this game to SS it. I dump my time through the floor here and change masses of things for the route. At the marathon I attempt to do practice runs but everyone else had other ideas. Thanks to those guys.

The run went decently, I showed what I wanted to, was showered with e-fame and was called "an e-sports Kardashian". It was a successful few days. Again, I went back to Boston I think. There's this smell in my jacket that I don't remember and I can't get out so it must be from there.

Finally, I get home, start streaming and racing with people who popped up and wanted to learn the game (yay!) and went for attempts. I had a good attempt going that Balder was having none of (which forced me to learn how to manipulate him) and a few decent runs and eventually on a Saturday night some time in March I finished the run. I'm pretty sure it was the day the clocks went forward here because I started at midnight and finished at 3:30am despite the run being 2:20 long real time.

Anyway, the run is really good I think (at least for now). There's an ugly death but it isn't a combat one and all it is, is ugly. It doesn't actually cost any time. I also started a level without shopping once which I blame someone in my chat for. I will have done an informative audio commentary for this run because I never get to talk about how much stuff is in this game. I don't know if it'll be funny so if you're expecting a bunch of drunk friends talking through this, sorry. These comments were only ever going to be the history of the run and the audio will explain what's going on and all that jazz.

Thanks:
Most of what I wanted to do in the comments here is give credit where it's due, so here we are.

Original Route Contributors: n472a, Psychochild, Vardinator, sshplur and mrcab all contributed to early route stuff. A lot of what they came up with isn't in the run any more but they deserve recognition regardless. n472a is responsible for a bunch of cool tricks which I learnt from his videos and he also inspired the only unintended sequence break in this run. Big thanks to him for raising the bar.

Racers: FakemasterPT, bml, mithical, doji and spineshark. Now doji never actually raced and spineshark did a blind race once but it doesn't matter. These guys all helped me practice and suggested things and just became a group to bounce ideas around between. Big thanks to FakemasterPT, he really helped out with the run and contributed a bunch of ideas when the run was in a really heavy state of optimisation. He raced me a whole lot and is just a super cool guy all round. The run would be missing so really cool ideas and optimisation without him. It would probably have taken a lot longer for me to do. Thanks to bml and mithical for hanging out in my stream and picking up the game to play.

Also, thanks to all the cool speed runner friends who I like. Special mentions: FakeMasterPT, feasel & PJ, Surreal, trihex, Exo, tigger and duckfist. If you're sad about not being on here, grow up. You're an adult. Or I hate you. Or I forgot.

Special Thanks: To my friend Chris who was a huge contributing factor to me finally getting onto a speed run project and seeing it through. He helped me through the early parts of the route planning and even helped with runs and races (he took 3:40 real time, I took 3:30), and route finding back when I was basically alone in the endeavour. While not many of his contributions are left he still had a huge effect on the run and I'm confident in saying that I wouldn't have got the run finished (or even really started) without him which would mean, no AGDQ'11 run, no streams, races, no Sunday Sequence break and a whole load of other losses. So yeah, he made me write soppy shit so that's how important it was.