Released in March, 2002, Legacy of Kain: Blood Omen 2 is the fourth installment of the Legacy of Kain series. Inheriting the third person perspective from Soul Reaver, it is generally considered the low point of the series, due to bland level design. In the game, you take control of Kain as he awakes after 200 years of slumber (following his defeat at the hands of the Sarafan Lord), and try to fulfill your ambition of ruling Nosgoth. It is interesting to note that the events in this game are actually a byproduct of a time paradox that happened at the end of the second Soul Reaver game. 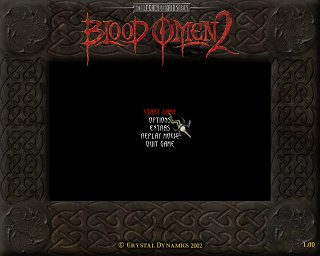 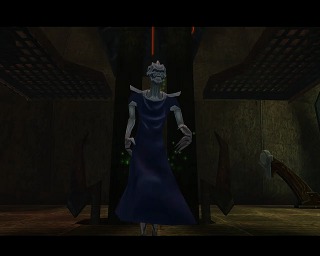 First of all, I'd like to thank everyone in the SDA staff for managing such a great site, aswell as accepting and posting my run. You guys are insane, in a very good way.

I figured I wont go into details of each level since I handle every level just about the same way; I only fight the enemies that I absolutely have to kill in order to progress, while trying to solve every puzzle in the fastest way possible. Unfortunately I couldn't find many ways to speed up these puzzles, since you're pretty restricted movement-wise, and there are invisible barriers over any location that you're not supposed to access. Still, I managed to find a few things that saved time, like skipping a puzzle, triggering a cutscene in a unintended way, etc. I also found some interesting ways to speed up the boss fights, which I am sure you will notice.

I hate to say it, but what I'm going to do will be fairly obvious most of the time, at least to those familiar with the game. I guess it's just how well I do it that matters. =)

I quickly realized that the fastest way to travel is to constantly jump, which of course made everything considerably harder, but I think I managed to pull it off quite well throughout the run. Another thing I noticed is that if you jump and land without pressing any movement keys, Kain will make a small pause before he is able to continue moving. Thus I avoid doing this anywhere in the run, besides on a few, unavoidable occasions. For example, if you land right on the edge of a ledge of any kind, it will produce the same "pause" in movement, but I will still have to do this a few times.

Another thing is that if you float for a short time after reaching the peak of a jump, you will be able to go slightly farther than you would with a normal jump. Most timesavers I did find involves this trick.

About the gameplay quality of the run... I'd say it's close to perfect in almost every segment, with no real errors anywhere. I'd say it's improvable by perhaps a minute or two, but that's it. One thing is that I didn't realize that there were hotkeys for the dark gifts until halfway through chapter six, so I went into the dark gift menu each time I wanted to switch gifts. Luckily I rarely had to do so up until this point, and since I managed the menu so fast, the time lost didn't add up to more than around 15 seconds, which I didn't consider enough to make me redo many frustrating segments.

Having said that, I hope you will enjoy watching it, and feel free to send me a pm on the forum if you have any questions or feedback. =)