Released in October 2002, BloodRayne stars the half-vampire Rayne. She has been hired by the Brimstone Society to kill zombies and Nazis. In the end, Rayne must fight Beliar, the original ruler of Hell, whose gathered body parts have resurrected him. 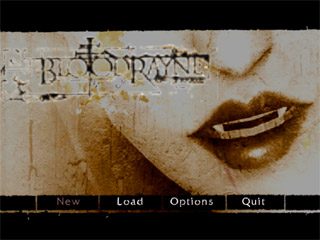 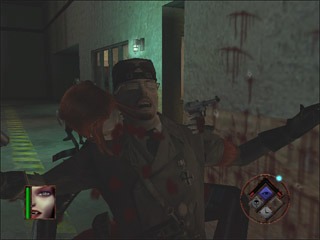 I've beaten this game countless times, and I decided to do this one as my first speed run. The game is fun and pretty simple.. Run, shoot, and hit a bunch of switches. I thought I selected Normal, but watching it over, I noticed I click on Easy.

CGI cutscenes could not be recorded with fraps.. I tried, and tried, but with no luck. Fraps shuts off when the cutscene hits. I did however try to turn it back on, but when watching it in WMP, all it showed was a bunch of lines going across the screen.. So, the cutscene that shows Rayne stowing away in a crate, and being shipped off to the place with all the snow isn't there, and the final two boss death cutscenes are there. I would have skipped the first two anyway, but would have liked to grab the last one, but couldn't.

Sorry for the first part being in a tiny bit less quality then the rest, I was very new with compressions.

As far as improvements go. If there is a whole lot of improvements that can be done, then good luck to the person that wants to improve it.

Times:
In game timer isn't as stupid as I thought it was.. I was thinking it was trying to give the time for each level. IT was actually just adding the time up as I went along. You would have to add the last bit of time after the last save, because when you kill the very last guy, game over.. No more saving, therefore, no more being able to look at the time.