Released in September 1998, in Body Harvest a vast alien invasion over the previous one hundred years has wiped out human civilization on a grand scale. High above the earth, a team of elite scientists are attempting to change history by sending a team of genetically engineered soldiers back in time. Unfortunately the aliens have tracked down the station and only a team of two is ready -- Adam Drake and his assistant Daisy. 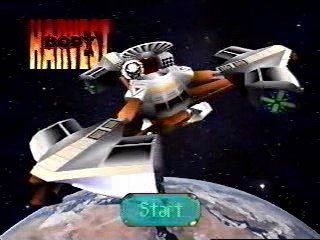 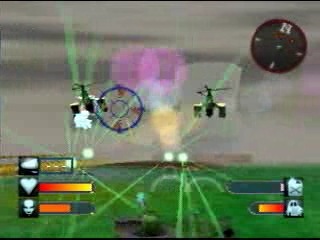 I just want to get this out of the way for the casual SDA viewer who may have stumbled onto this page - these videos probably won't be any good for anyone but a Body Harvest fan. The game never gained wide popularity but it did achieve quite a large underground following. The game itself, however, I find quite appealing, challenging, and fun, and it lends itself to a speed run. But a random viewing by someone who's never played it...no.

Most of the time saved is simply knowing the most effecient route and SKIPPING or ignoring harvester waves that are too far off the path. Once a harvster wave beams down they will begin to chow down on humans (harvest them, if you will) and work on creating a MUTANT. Mutants are extremely scary, jumping monstrosities that can crush you instantly and follow you anywhere, so if one spawns it's bad news. By getting to the processor and finishing the stage all of the enemies chasing you will self destruct, so it's mostly a race against time to the processor. In a couple of worlds I cut this quite short in terms of health.

I first attempted a BH run in "Hero" mode but soon abandoned the idea as the challenge in Java became too great - I had to slow down significantly just to stay alive. Also, the rate of harvesting seemed faster and I found myself facing mutants much earlier than in normal (which the game calls easy - how do you have hard and easy without a normal?).

Nothing much to discuss or point out until late in stage 3 where I gain access to airplanes. I accidentally blow up my test airplane and therefore skip the stupid training exercise, which saved roughly 25 or 30 seconds. When this occured I thought I screwed up big time...talk about a stroke of luck. I'm not sure if I could blow up my plane the way I did again if I tried! My wing got caught on one of the balloon strings and I was in midair and could not go forward so I crashed nosefirst, which is instant death for any vehicle.

The third processor can be beaten quicker than the strategy I use by continually bumping against its force field and shooting the entire time. However, I tried to do this twice while recording and my airplane ended up exploding due to collisions. I remember doing it once before on a test run...oh well.

I enjoy the atmosphere of this world immensely but after playing through it so many times I began to despise its very inhabitants (I like how everyone here is white). In stage 3 I end up ignoring the ship full of hapless villagers which is burning due to the lava (that fills up my human meter quite a bit) and several harvester waves that are far away and require severe backtracking to get back to the ideal path.

My least favorite part of the entire game is the end of stage four where Adam must piece together pieces of the Kris Knife and use it to end the cursed weather. If you try to fly to the processor before doing this your airplane will be mercilessly struck down by lightning. This is also the only part of the entire game where you are required to go backwards to previous stages for lenghty periods of time.

The MAIN reason why I HATE this part is because the airplanes/gyrocopters are so sensitive and fragile. AT LEAST two recorded games ended here because my airplane either got STUCK or exploded. The Zero once became lodged in the path to the fire temple and I could neither go forward nor backwards. Thanks a lot, Gremlin.

This stage also features, without a doubt, the most difficult processor in the entire game.

America is very orange, if I may say so myself.

It's amazing how fast one can do the first stage. This is usually where most people give up, or at least I did when I first played. It's quite the maze! Unfortunately I must skip the defining moment of body harvest: running over schoolchildren in an ice cream truck while using its melodious horn.

Now to why I have several saves instead of doing this world single segment...my game decided to start giving me the finger. From the beginning of stage 2 to the beginning of the military base in stage 3 is hereby named "The Frozen Desert." My game froze roughly 25-30 times and the only remedy I found was to save, each save consisting of about half a minute of lost time. This is very peculiar because I've never heard of this being a problem before.

The biggest trick in this world is getting the flying saucer BEFORE going to stage 4. This enabled me to turn what is supposed to be a nail biting stage into a cakewalk.

This is by far the longest and most difficult world. In the first stage I am pretty much running from a mutant after I get in the train and smash through the avalanche -- it's a good thing the Mutant has to obey and laws of physics instead of teleporting to me.

The second stage is rather odd. First a huge scientific research facility implodes for no reason and then you use a keycard to open a wooden door in a civilain houseworld. Whatever. The biggest trick of Siberia is solving the nuclear meltdown (a slight diversion from the regular path) because doing so earns you a Spectre VTOL, which enables you to skip large portions of the world and makes the notorious stage 4 much easier.

Speaking of which, stage 4 is pretty rigged in regards to how the aliens spawn. Which is why I found this great trick -- I use a Hangman B to fly along the perimeter of the level and then use its rope to pull up the SCUD missile launcher and land it in the military base, thus avoiding (no kidding) about 50-60 aliens, comprising the largest group in the game.

Of course, the reason to even deal with the SCUD is because the Processor doesn't appear until it blows up. Trust me, I tried all sorts of zany methods to skip the process of launching the SCUD but the game designers must have had someone like me in their mind when programming. My most hopeful strategy involved using my Spectre to blow the SCUD up from afar but you can not escape its monstrous explosion, which kills both the vehicle and you. This is OK, because bombing the alien radio station is extremely satisfying.

After the fourth processor I become somewhat scared because I've failed twice here before. The problem is that one of the portals back to the first stage (you must save your ship) is extremely tiny. I'm always afraid my plane will either explode or fall in the water, ending 45 minutes of pain.

The final shield generator is INSANE, by far the hardest in the game. Now, I don't know what's wrong with me but I failed in the Spectre in a run before this so I decided to try to get the tank. OOPS the tank starts with half life -- thanks a lot. It is simply AMAZING that I live through this. First the tank is stuck, then it explodes, then I run to an APC and kill some guys to get some health, then I'm running away from about 30 aliens trying to dodge missiles. This was definitely the most adrenaline pumping part of the entire run, mainly because it was not on the flight plan and I was playing by the seat of my pants.

The last world is unique in that there are no processors, generators, or different vehicles -- just you, Alpha 1, and a bucketload of aliens to kill. My strategy involves ignoring as many aliens as possible and collecting as many of the special weapons as I can without being too slow - in particular, the "lazer" missiles and the "resonator". The missiles I need to destroy engines so the comet can not align to hit the earth AND to destroy the crazy scorpion boss, while the resonator is useful in destroying large masses of enemies that accumulate around me and of course for the last boss.

Speaking of masses of enemies, I tried a variety of tactics in order to speed through this world. The problem is the most dangerous enemies fly and they all follow you until SOMEONE dies, which presents a problem because you can't keep moving forever. In particular, the alien city is evil due to the fact there are gates which are an extrmeley tight squeeze and I always get stuck because the Alpha 1 is so fat. So I end up having to do battle with great amounts of flying, green, electrical dragon things.

The scorpion is IMO the hardest boss in the game. Resonators have little or no effect upon him and if you stop moving then he will charge and crush you against a wall, resulting in instant death. This is why I keep a constant circle pattern around him. I only stop moving when I know he's about to die.

The last boss CAN be hard...but I've been stockpiling resonators, so in reality he's pretty simple. Resonsators just make it so easy. I do, however, enjoy the poetic death of the dark Adam.

Oh yeah, this is an aside to anyone who has read my walkthrough for this game: I'm sorry for being an IDIOT. I thought the girl named Daisy that you rescue in this level is just some random woman that they put in for the sake of having an objective. I didn't recognize her tired and exhausted face compared to her normal one. I also didn't connect the fact that once you get Daisy your partner returns. Obviously, your partner and Daisy are one in the same. I'll blame Gremlin once again for not dropping her name at the beginning of the game (or explaining how she was captured)!