Bonk's Adventure is a classic platformer that was a defining game of the TurboGrafx-16. It stars a little caveboy called Bonk who sports a gigantic forehead, which he uses to bonk enemies in the name of rescuing Princess Za. Due to this obvious charm, Bonk served as NEC's de facto mascot. Bonk's Adventure was followed up by Bonk's Revenge and Bonk's Big Adventure, but no Bonk's Big Revenge. 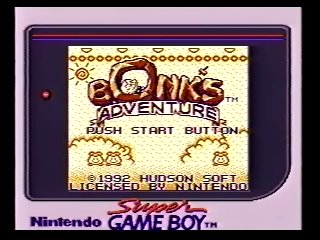 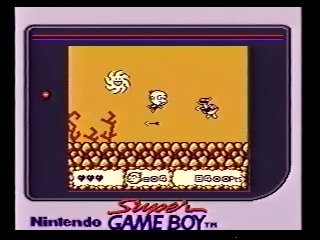 First off, I would like to thank everyone that has supported and kept up with my thread, even though updates were not as common. Also, thanks go out to Mike, Nate, Enhasa, and the rest of the staff, for continuing to improve and expand such a great community, so more great games can be submitted by incredible speedrunners.

First, I need to discuss a little about the meat situation. There was some controversy from the verifiers last time as to whether some of the meats I got were even worth it. Bonk may not walk that slowly overall, but there is a difference in getting to "angry" Bonk (invincible), and just staying normal (or even "big-headed" Bonk) the entire level. The other problem is, there are not that many places to get meat power-ups in some levels later on in the game, so by getting the closest meat in that level, I saved myself some time going to the next section just being either big-headed bonk, or regular Bonk. Another thing is killing some enemies down the road easier. By being able to take more damage, I get past a few parts a lot faster as either "big-headed" Bonk or "angry" Bonk, because of this. The last thing I can think of is that, for at least three of the bosses, I had to get all of the meats to make sure I got to them as "angry" Bonk, as Bonk's third stage takes 3x as much damage as normal Bonk does. I might try to say more during some of the level discussions, but for the most part, this is my reasoning behind getting most of the meats I pass by.

This is my best go so far at improving my very first time I submitted, and it looks very good I might add. I went back over this game again after finding out the first one I submitted was not up to par with other runs I have submitted in the past, so I decided to correct as many mistakes as I humanly could. This is probably about a minute improvement over my first run, and considering the damn lag in this game, that is really good. Many of my boss battles were improved a lot, with very little error, and though there were small mistakes in the levels as well, they do not amount to much in the end, and this run looks a lot better.

I am not going to go over all of the worlds again in as much detail, as the first few were flawless (with minor things put here and there to make the levels faster).

World 1: The only noticeable mistake I made here was against the Triceratops boss, but only because I was trying out a new trick I found to kill him faster, and somehow missed this time (he ended up too far away from me), resulting in some loss of time, but not horrible.

World 2: After getting the large meat in the second world, I did that little flip to hopefully make up for having to jump again up to the tree, because I think that adds some lag while doing going back up (and I hopefully saved some time). Silly me, I jumped too far afterwards, losing one second, though, *sigh*. After that, everything was fine. I get all the meat I come across here so I can definitely get to the boss as "angry" Bonk.

World 3: Only thing I can say about the third world is that my Shark battle was very well done, saving time from my last run. The shark is random how high he comes up, so I get lucky he starts low.

World 4: This world is probably where I think some people were having difficulty figuring out why I got so many meats in the beginning. I do not know where all the meats are, as these are the only ones I come across, and by getting Angry (invincible) Bonk in the second part, it allowed me to continue the chain all the way to the boss. Breaking any part of the "meat chain" here, and I cannot get to the Ballerina boss full power, and I run the risk of losing my other powers before making it to the next meat, too. I do not know what happened in the middle of the second part of this level either. I know I should have made that jump, but for some reason Bonk did not jump as high as I wanted him to, but hitting the sun-looking enemy (whatever the hell that thing is) afterwards was my fault. Thankfully, I lost little time since the next meat was right there.

World 5: This part I know I had trouble on during my first submission, and I did have an accident this time as well, but miniscule and easily fixable so I do not lose any more time. The lag here is just too unforgiving to get this level perfect, but this was very well done, in my opinion. My reasoning behind getting the large meat at the end of the first section comes from not only bouncing up the clouds faster, but while invincible, I can hit the bird from underneath easier, which is next to impossible as normal Bonk. I continue to get meats in the next section just so I can jump farther and not have to flip as much in the air at the end, and it helps a little in the next part to have Bonk's third form still. That lag in transition from one world to the next was strange, but there was very little I could do since I did hold down Start, but it just would not go. Weird.

World 6: Not much to discuss about in this world, as it was my best attempt so far, and practically flawless. The four individual boss battle rematches went very well. I think I was just too scared to try that trick again against the Triceratops, but since I found a new trick against the Pterodactyl, that helped (FYI, hitting an enemy from below is half the damage, or if you do not hit them in their "sweet" spot). The Ballerina's spin in the air move is random, so sometimes I have to be cautious, but getting hit actually did not cost me much time, and actually moved me forward slightly, haha.

World 6A: This is one of my best battles against that demon car, after having a good run-through of the game up to this point.

World 6B: Normally, I am nervous at the last boss in a speedrun, but this time there was very little stress, as I had figured out his "sweet" spot for the most part. Though his hitbox is very small (and I mean small), I found the easiest way to hit him 99% of the time. It is very easy to still be hit by him at least once, so some run-throughs I had great luck, but usually not after doing well in the rest of the run.

Thanks for watching. I hope you all enjoyed it.