Set in a medieval fantasy world, the demons which reside in the underground kingdom of Cadash sought revenge on the humans who put them in the subterranean prison. The Balrog, a powerful demonic wizard born from a human woman has promised his followers they would rise up and take over the world. Centuries after they indeed have done that but the Balrog also kidnapped the princess, daughter of King of Dirzir. Many heroes have disappeared into the depths of Cadash in their attempt to rescue the princess before the Balrog could do the ritual where he would magically bind himself to the princess and become all-powerful and invincible. Could you save her before it is all too late? 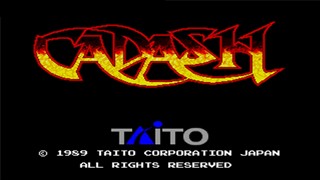 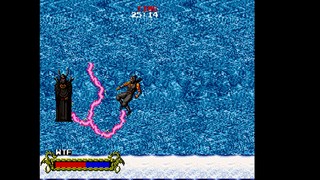 Cadash was originally released on the arcade platform in 1989 by Taito. It featured a head to head setup with the option to network two arcade cabinet with each other to allow 4-player cooperative game play. The Japanese and US versions of the arcade game featured a more difficult play through. Herbs cost 200 GP each, the maximum amount of herbs you could carry was 4. The world and European version of the arcade board featured herbs costing only 20 GP and you could carry a maximum of 8 herbs and the final boss HP is decreased (unknown if other bosses are affected).

The game was ported to the NEC Turbo Grafx-16, Sega Genesis, and Sony Playstation 2. The Genesis and Turbo Grafx-16 ports were given dramatic changes to them which included the Genesis version not featuring the priest or the ninja and an altered level design, the Turbo Grafx-16 port featured a more balanced stat growth of each class and some minor level redesigns. The Sony Playstation 2 port was within the Taito Legends Collection that included a port of the arcade's world version of Cadash.

Cadash features four playable characters that are unique in their play style:

This run was completed using the US version of the arcade board. The default dipswitch settings were used. Timer began when 'end' confirmed during the name entry screen and ends when the last hit was dealt to the final boss.

Overall I feel like this is a great time, it can probably be tweaked a bit such as purchasing less one or two less life bells and maybe buying one less herb. The last boss fight can be much faster if he decides to cooperate but in the end it is a solid run in my opinion.