Originally released October 29, 1993, Castlevania: Rondo of Blood is one of the last old-school Castlevania games that follows conventional stage progression. However, the game is also considered a transition into modern Castlevania games with its multiple stage paths and endings, (not so) secret playable character, and a new feature similar to magic spells called "item crush." The game was never released outside of Japan, despite positive reviews from fans and critics alike, which has resulted in the game costing around 100 dollars in Ebay auctions. A remake with 3D graphics and a revamped stage layout, Castlevania: The Dracula X Chronicles, was released on October 23, 2007. The remake also included the original game with English-dubbed dialogue as a bonus. The game was also ported to Wii Virtual Console on April 22, 2008, but only in Japan (Konami really doesn't want free money from Castlevania fans outside of Japan). 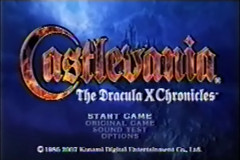 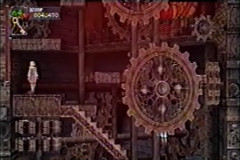 Timing Note: The Castlevania: The Dracula X Chronicles run is timed using the in-game timer for all of the stages except for the stage where Maria saved, which is manually timed.

Before Awesome Games Done Quick, I don't know if I would have ever come back to this game. While practicing, I was picking up on little improvements that could be made. And I was very comfortable playing the game even with all the time off from it. I practiced DXC fifty times less than I did Symphony of the Night. I got a little hyped for the game again after racing Sir VG, but not quite enough because after I went home I kinda just dropped it.

Side note; if you saw the video for Rondo of Blood/Dracula X Chronicles and saw me saying that that might've been a record, turns out it wasn't even close. The run ended up being some 26 seconds slower than the 17:44. I don't know why the run felt faster than it was. Maybe cause we were all kinda dead tired at that point in the marathon. It showed when we timed the run later that morning. Our math was way off; we got a time that was only 6 seconds slower. I wonder how we lost that extra 20.

But the true spark to redo this run never really came until Persona uploaded a bossrush video from Nico Nico Douga. There was some really nice stuff in there that I just had to steal. Namely sliding under Dullahan's legs, using the Seiryu Item Crash on Shaft 1, and using Suzaku on Drac 3. So the biggest thanks for this run go to hdd for his bossrush videos, and to Persona for exposing me to them.

It's not all stolen stuff, though. The new strategy for getting past the Golems in Stage 1 was my creation. But most of the improvement comes from hdd's strats and luck. I got super duper lucky in this run. Most notably every boss in Stage 6 cooperated, except for Shaft's desperation move. It takes forever for his balls to drop. Stop giggling.

There's still some room for improvement, but it would require even more luck than I got. There's only one real mistake in the run; missing the last Skull Archer in Stage 5 twice. All other time lost is due to enemy AI. I'm very very happy with the run. I was going to submit once I hit sub 17 minutes, but boy am I glad I kept trying. I was not expecting this much improvement. Here are the times for this run and how they stack up to the times in the 17:44:

Thanks to Nate for encoding. Thanks to the other members of SDA for doing their usual thang. Thanks again to hdd for the new strats and Persona for showing me the video. Thanks to Sir VG for some of the older strats used in the run and for putting up a damn good fight at AGDQ. Can't wait to do it again at the 2012 marathon. And thank you for watching. See you next time.