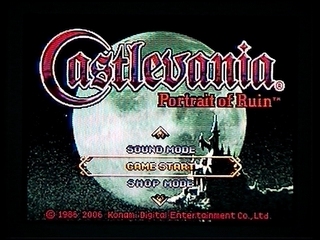 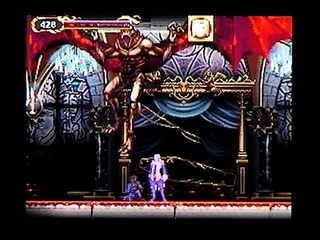 Full credit on this run goes to Serris. He put up a video of a solid 2:04 that he had submitted, but there were a few issues that made me want to beat the run, which I was able to (not easily though). The gist of this run is to get to the first save, which then allows you to suspend, then use the Suspend Glitch to warp all the way to the final boss battle. Pretty ridiculous stuffs.

As is seeming to be customary with my runs, I'll explain the glitches and methods used first, then have additional notes about the run itself.

The first one is the Partner Jump Glitch, which is used to bypass the switch to lower the drawbridge. It's performed by tapping the touch screen to make your partner jump, at which point you can switch to them and get another jump (or two with the dj relic). Simple enough, but the timing is tricky (at least for me).

The other glitch is the SG, which is basically the same as DoS' SG, but you can do it instantly and it's not as tricky to get back in the map. To do PoR's SG, all you have to do is stand far enough in a doorway so that on the top screen it shows that you've moved into the other room. From here, suspend the game and reload, you'll have moved one square forward and be zipping up through the map. To get back into the map, suspend when you're inside of a room (sometimes requires quick pausing after reloading). There's probably some more intricate uses of it, but I only learned the SG as much as it applies to this run.

I didn't record the top screen for this, but it should be easy to infer where I go (since I reload into those rooms). Hopefully you can tolerate the empty screens in addition to the menus and suspending.

One other technical note I should make is that the file I used didn't have all of the required items, and I really didn't want to play through and get them all (max money, Winged Boots, Sorcerer's Crest, etc.), so I used Action Replay to give myself 9999999 gold, boots, accessories, and healing items on my starting save file. One side effect that was pointed out is that I have HP/MP Max Ups in my Use Inventory. These don't have any effect on the run, but I thought I should explain why that oddity is there.

As far as the run goes, this could definitely be improved to 1:55 or possibly lower. My first segment is 1 second behind Serris' run, and I'm pretty sure it's because I didn't backdash cancel the first Speed Up, in addition to being slightly slower in the drawbridge section. The other second that I embarassingly threw away is in the Dracula fight. There were a few moments when I was facing the wrong way while attacking and, at the very end, if I had been ballsier on getting the last two hits from the front instead of the back, I certainly would have saved some time.I'm not too miffed about it though, I succeeded in my goal of breaking 2 minutes and it's kind of a silly category (at least you fight the final boss in this game though).

As far as that Dracula fight goes though, there was a reason that I ran behind him first. While the fight might seem to be luck-based, you can manipulate Drac's attacks quite easily (although I took a lot of time to realize this). As long as you're behind him, he won't be able to use fly into the background, and if you spin him around 3 times he'll always do an attack, which one is based on how much HP he has left. I based my strategy around manipulating his actions, so at the end, since I didn't know how much HP he had, I ran behind him so he wouldn't fly into the background. I figured better 1 second lost than 15. I did get a fight where he used the fire thing, but since he has more HP when starting that attack, it still ended up slower than this by a second.

One other change for the Dracula fight that verifiers pointed out is that I could have used Mind Ups to keep Charlotte alive during the Dracula fight. I wasn't able to juggle this additional task in the fight, and didn't want to keep playing PoR, so I didn't go back and add that strategy. If you're looking to beat this time, that might be a trick that saves some in-game time.

Everything else in the run went great though (not that there's much else in the run). I had a couple more pauses than I wanted when lining up after the first SG, and probably had a few menu errors.

Thanks again to Serris for the idea/video of the run, hopefully you don't hate me for this. Other thanks to Mike Uyama for submission stuffs and having great streams, and apologies for clogging up the queue with another 2 minute run. The hugiest of thanks to nate for encoding another video of mine.