A psychological horror graphic adventure game, The Cat Lady sees Susan Ashworth, a chronically depressed, middle-aged woman with no friends. Her companions are stray cats whom she summons by playing her piano. One night she commits suicide but finds in death the Queen of Maggots, who sends her back and makes her immortal. Armed with the task of ridding the world of five psychopaths (the "parasites"), Susan wakes up in hospital and is forced to carry her task. She meets Mitzi, a cancer patient who wants to be her new roommate. The game deals with depression, suicide, murder and cancer but also provides some humour and hope. Depending on the player choices, the ending is slightly altered. 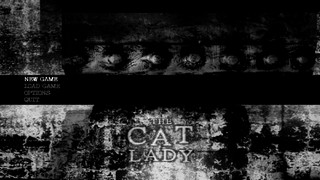 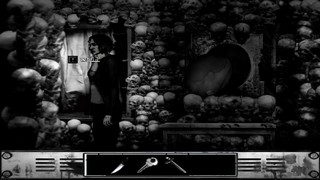 This is a single-segment run of «The Cat Lady» done in 1 hour 45 minutes and 57 seconds on PC. Run starts when a player gains control of Susan, run ends when screen goes black after cemetery scene.

Requirements for a quality speedrun:

1. Knowing which dialogue choices have the least amount of phrases in it;

2. Knowing which puzzle/storytelling choices are the shortest time wise;

The game is divided in 7 chapters so I will address each one of them to explain the speedrun.

AFAIK only dialogues and credits' lines are skippable, not cutscenes.

In this chapter a player will learn that Susan is not always going to keep walking when transitioning between screens while holding down Left or Right arrow keys. In some places you have to double tap an arrow key to resume walking. All of the sudden stops are part of the script.

1st Doctor X conversation. Great dad/wonderful mother are the choice to make here because additionally they allow you to control game while the images' fade ins are still on.

Wrong choice in Crow (dolls) puzzle is a must to skip the flowers scene.

You need to get the Liz key to be able to avoid killing Doctor X to save time.

When you press Open on Body bag game will softlock a little bit (you won't be able to use items or interact with the environment). Tap arrow keys multiple time to solve that.

I opted for filling up Blue Gauge. You can fill up Red Gauge faster but it doesn't matter because game will still require a player to talk to the neighbor (even with the Red Gauge filled up already).

It is faster to allow the ugly lady to kill you (instead of hiding under a table) which will respawn Susan in the cellar.

I made a mistake here by going to the bedroom to take wine glasses which are in cabinet in the same room.

Nothing to say really.

Let Joe Davis kill you, it's faster than killing his wife.

-PUT ON THE MASK-. We don't want Mitzi to waste our time.

I want to thank AGS community for producing such quality games.

Game's own Window mode was used