Released in 1995, Clock Tower is an SNES survival horror prototype. It was never released outside of Japan, but there have been several fan translations. You play as Jennifer Simpson, sent to a creepy orphanage with a giant clock tower. There is, of course, Murder Moste Fowle, and the game has over a dozen different endings, many of which involve getting slaughtered by an Edward Scissorhands reject. 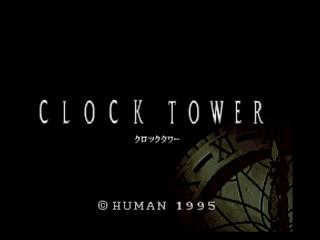 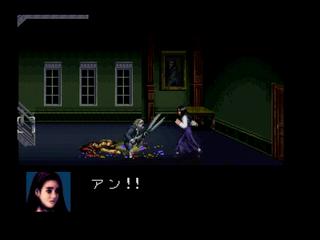 Runs on the Japanese Playstation version:

This is a speed run of the Japanese Super Famicom game, Clock Tower played on the Wii Virtual Console. The worst ending (Ending H) is chosen here simply because it is the fastest to achieve. I also elected to chose "Quick Start" to save watching the intro every time I reset. This also gives the run a much faster pace. Hopefully this run can start other people running the game for more difficult to obtain endings.

As this run is short and not that complex, I decided to make it as perfect as I could. This run JUST makes the 2:04 time and after 7 or 8 full runs it was the best time I achieved.

There are two main areas to discuss. The first encounter with Bobby (Scissorman) and escaping.

The first encounter with Bobby:

After Bobby drops down initially the plan was to immediately run right to the door and re-enter to get rid of him. I discovered by watching a Let's Play that if you let Jennifer run to the stairs she can run right past Bobby. I added in my own idea of pressing the cancel button after you run past Bobby and then hitting L to run past the stairs again. There is some randomness here though. Sometimes Bobby will stay still and block your path.

The most random part of the speed run. While testing out the fastest route, one time Bobby just left abruptly and this is what I use here. You must however make an attempt to hide for it to work. It's just really resetting until Bobby decides to co-operate.

Thank you for watching.

Would like to thank SDA staff for maintaining this site, you guys are awesome. Also want to thank The Thrillness for doing his H ending run, if I hadn't seen that run I wouldn't have known about this game and want to do my original S ending run. I also would like to thank SakuraFreak for finding the glitches used in this run, without these I wouldn't have had the motivation to try for an improvement on this category. Be sure to check him out at http://www.twitch.tv/SakuraFreak

The Clock Tower community as of right now is solely on http://www.speedrun.com/clocktower

We welcome anyone who wants to get into running this game and want to share fresh ideas about routes for the various endings in this game or the other games in the series.

Also this run includes audio commentary, so feel free to listen to that if you'd like. There's also a live commentary version on my twitch channel at http://www.twitch.tv/playe/c/6852513

This is a speed-run of the best ending in the game, the S ending. What this involves is watching only 2 of your friends die, Lotte and either Laura or Ann, freeing the crows in the crow room, and coming across the secret prison inside the house.

Now the first run I submitted (and got accepted) relied heavily on RNG, and had almost no glitches in the entirety of the run...

Things have changed since that run.

Let me explain, the first change that happened was mainly a route change, people figured out that you do not have to go to the kitchen, get the keys, and find the religious study in order to achieve the S ending. This led to the best time eventually going down to a 17:48, which is a HUGE improvement over my own run already.

Then SakuraFreak got into this game, and man did he rip it apart.

He found several glitches in this game as well as RNG manipulation. His first (and only, to my knowledge) run using these new glitches clocked in at 16:06 using the community's timing. (Which starts at selecting "New Game / Quick Start" and ends at the last player input)

These are the glitches he found in this game:

Hole skip: By running into the hole before the secret prison (where your dad is) and quickly triggering the dialog it has Jennifer will slightly clip forward, just enough to bypass the trigger that will push you backwards and allow you to run right over the hole. This can also be done in reverse by using your inventory instead (And is much easier than the first method)

Doll quick trigger: While this isn't a glitch this is very useful. SakuraFreak found that by running to the left as soon as you possibly can, and then running to the right, the doll will almost always trigger as soon as it can. This removes a good bit of RNG that can potentially waste 10-30 seconds in the run.

Dog Skip: Possibly the biggest reason the time is so low now. This skip not only skips that pesky dog that blocks your way to the end game, but it also circumvents the need for both the cloak AND the perfume. Eliminating 6 rooms and a staircase walk from the route entirely and saving most of the time in this run. This glitch is done similar to Hole skip by running into the trigger that normally would kill you and quickly activating a dialog box. Luckily the dialog box that is needed is right behind Jennifer. The window for this skip is also much larger than Hole skip. I've literally never failed this glitch.

Dialog skip: For some reason, by switching between items in your inventory, some dialog just won't show up at all. So far we've only found that this works during the text right after Dog Skip and during the cutscene where Lotte dies. (It's also more noticable in the latter)

And finally RNG manipulation: All the RNG in this game is decided before you even see the first room, which makes it easy to manipulate the outcome you want. The thing is that this manipulation is DOUBLE frame perfect. There's two spots it determines it, during the logo/title screen, and when you select "New game/Quick Start". If the first RNG seed is off by even 1, it'll throw off the second one and vice-versa. The seed that SakuraFreak originally found however got the Library in the first room, and the Crow room in the first room on the second floor. The seed I used in this run though I discovered by accident, and I find more consistent than his seed.

As for the run itself... I've already explained all the major changes. It's still faster to kill Ann instead of Laura, you still need to mash through the giant death baby panic mode, and (community) timing still ends after the last panic mode. Timing by the community's standards is 15:45. There is still at least a couple seconds worth of mistakes in this run, but it's not enough that I still want to grind out attempts in this category. (And to be honest, most of the time I lost was missing the giant "3" at the end of the run)

If anyone feels the need or masochism to try and grind out those last couple seconds, be my guest. I'm done with this category, and want to move onto the other endings.