Released in January 1995, Comix Zone follows Sketch Turner as he brawls his way through the pages and panels of his own comic book creation to defeat the villain Mortus, a character of the same comic, who has come to life. Sketch must use combos, powerups, and his problem-solving abilities to become the protagonist hero the comic book once lacked... and save the damsel Alissa Cyan, if the case may be. 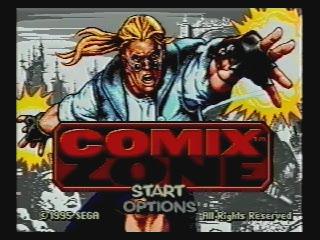 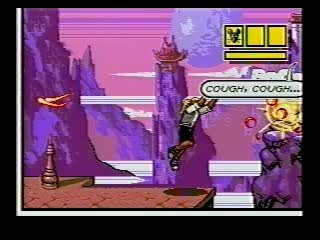 When I first decided I wanted to do a run of this game, I had no idea it would be such a nightmare. You see, this game is buried in RNG. So much stuff can go wrong to the run being ruined just because of bad RNG (for the record, RNG stands for Random Number Generator, or random acts in the game).

You don't see it often in the run, but where it does exist, it stands out like a sore thumb. The biggest culprit of bad RNG is Kung Fung on chapter 2-2. That boss is the biggest piece of shit ever! The amount of fireballs he can shoot out is random and where he throws his fingernails is also random. On top of that, when you're about to hit him, he'll sometimes go into the background. There's nothing you can do about it except for either deal with it and continue, or reset. Since I was already doing really well, I just dealt with it because seriously, fuck that boss.

Now, I'm going to avoid talking about the run too much because it'll just make me angry, but I'll at least describe some of the tricks I do. One of the most notable ones is the paper airplane. All you do to do that is hold down your attack button, and he'll rip the page. It's really effective because it kills just about everything in one hit. On the downside, it costs health and you can't use it if your health is blinking red.

Another trick I use is using the power fist to skip some dialogue. I use this once entering the temple and again entering the Kung Fung fight. There's another place where you skip dialogue by flipping the switch after solving the puzzle in the puzzle room right before the incubation room in 1-2 and rolling in the corner of the second room in 1-2.

One of the other notable tricks I can think of mentioning is the quick kill on the chapter 1 boss. Normally, the paper air plane isn't supposed to kill the boss in one hit, but for some reason, if you get hit the same time you hit the boss with the airplane, it overloads the damage counter or something, thus killing the boss in one hit. It doesn't seem to be frame perfect either because I can usually get it 9/10 times.

There's another quick kill on Mortis, the final boss. If you use a power fist and it hits him as he's dropping down from a platform, he'll fall through the panel and die instantly. The easiest way to do this is to time it right after he teleports, which he usually does if you use a special attack on him. Unfortunately, I didn't get it in this run because he didn't drop down, but I got a good pattern on him regardless, so it wasn't a big loss.

That's about all I have. This can be improved by the Kung Fung fight alone, but you have to depend on so much luck to get a good run, it's not even worth it. Speaking of luck, there's one more thing I need to mention...mystery items are spawns of Satan. You have a random chance of picking up any item from the game, including an explosion that will take a huge chunk of your health away, and if you don't have enough to survive the explosion, you die... Unfortunately, I need to pick these up and get the right items or close to what I want to have a good run. Half of the time, they'll just explode. I've had both mystery items in the secret room explode on me on one occasion! Such bullshit.

Anyway, I hope you enjoy this run. I might try to improve on it in the future, but chances are slim because I don't want to break my controller even further.