Released in 1991, the fifth episode of the Commander Keen saga follows Keen to the core of the Omegamatic to destroy the Quantum Explosion Dynamo in an attempt to save the galaxy from even more made up sci-fi terminology. 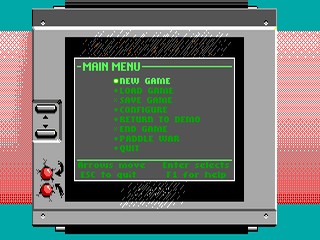 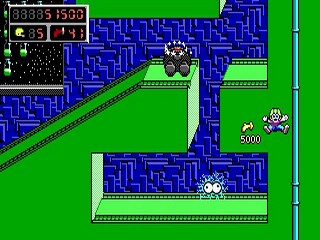 This was achieved after a fierce competition with Cosmo. I ended up beating his record by a single second after 1108 resets on a live stream.

1. Ion Ventilation System: The little ampton took a suboptimal path but it only cost about a second of time. The key for the game breaking glitch warp to the secret level is having the ampton push me off a pole. Then, when I exit the level without grabbing onto another pole and resetting my vertical position which is offset by the ampton, I get incorrectly warped to the secret level and skip 9 levels of the game that otherwise must be beaten. Strange but it works. And only on Keen 5 v1.4 (the one that comes in the Steam pack).

2. Korath III Base: The jump out of the wall needs to be very, very precise to work.

3. Gravitational Damping Hub: The level is beaten early with death abuse by saving and loading as I approach its right border after death, which causes the level to be marked as completed for some reason.

4. Quantum Explosion Dynamo: I miss one jump and that cause me to miss the optimal elevator cycle and lose 4 seconds or so. But the dog room was cleared unusually quickly. Took a leap of faith for the yellow key which worked. The rest went well, too. I borrowed the last jump from the TAS. The tracking mine doesn't explode as long as I'm positioned somewhat under its left corner. It explodes at the earliest possible position for it to hit the fuse. It misses often but luckily it didn't now.

With better luck and execution it can be done in about 2:20 but it won't be an easy effort. Thanks to Cosmo for competition!