Released in March 2001, Conker's Bad Fur Day took the gaming world by storm... well, at least, that portion of the gaming world who bought the game. Its cute main character belies the well-deserved Mature rating. Those who passed it over missed out on a well-paced, challenging platformer with incredibly funny (and raunchy) cinema scenes. The single-player game was later remade for the Xbox in Conker: Live and Reloaded, released in June 2005. 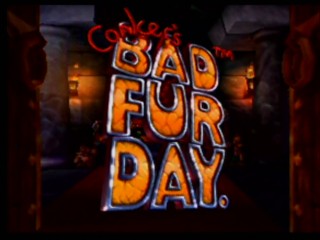 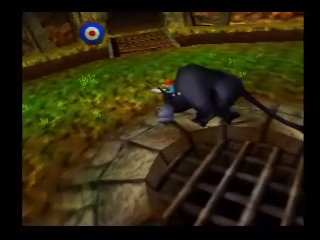 Category note: All runs should be 100% because the difference between an any% and 100% run is minimal.

Yes, this is a 100% single-segment run of Conker's Bad Fur Day for the N64. Before commenting on the actual run, here's a short faq :

A : Back in the days, Rareware was my favorite game developer (yep, they used to make good games), and even though Conker's BFD isn't their most popular title, it's the one I cherish the most. Everything about it is just wonderful.

Q : You know, there is a remake on Xbox that's just as good, with better graphics. Why didn't you run this one instead ?

A : I was greatly disappointed by Conker : Live and Reloaded. I don't have an Xbox anyway.

Comments on the run itself :

There you go. I hope no one is bothered by the fact that I left the whole ending in this video. It does increase the size of the video, but it's such a great ending (even the credits are great).

Thanks to Mike, nate, Enhasa, and ChanServ for playing their role in the maintenance of SDA so well. Thanks to Radix and DJGrenola for their amazing work in the past.

I'd also like to thank TheQuietMan and Medeon for unknowingly convincing me to submit that run. And of course, thanks to the verifiers (by doing this, I'm probably thanking the same people twice).