Developed by Crytek and released in September 2008, Crysis: Warhead is an expansion pack for Crysis, and features just as astounding visual imagery and top-of-the-line graphical technology as its predecessor. The plot of the expansion follows Psycho, the Statham-esque member of the Raptor Team (which also includes the protagonist of the original game, Nomad) and takes place in parallel to the events from the first game, on the other side of the island. 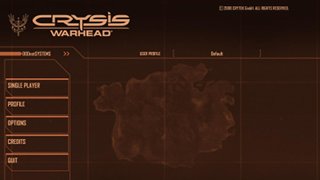 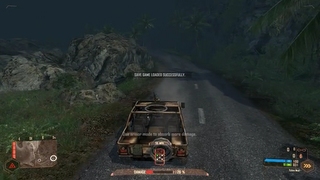 Note: The time on the statid is incorrect.

My goal throughout this run was to take all I learned from the making of the original Crysis speedrun and improve it, and in that regard I think I've succeeded with Warhead. The run was done with higher fps and graphical settings, the segments are more tightly optimized and edited to appear more seamless. Oh, and I think it's more entertaining too, since I can't cheese the game as Psycho has yet to learn to fly, and instead has to travel by foot.

Fast swimming
Look up while holding down w + d or a, while pressing space.

Rocket Launcher
For a faster RL switch press 'melee' while taking it out.
By switching to a different weapon after firing, you can move on to do other things while the rocket travels to its target.
By hitting the flying aliens at a precise spot it is possible to kill them with a single RL shot.

Punching
I use this to get rid of extra energy; used in either speed or cloak modes.

Circle jump
This is the glitch that allows me move at the speed that I do. By now I could write a book about this glitch, so instead of that I'll just describe the basic things you may want to know.
-Unlike Crysis 1.0, in Warhead you cannot gain altitude by circle jumping.
-Performed by first sprinting until your energy is below 20, stopping to sprint until energy starts to regen, jumping, holding down sprint, then pressing + holding either strafe keys (A/D) and then turning with your mouse to the corresponding direction. To jump multiple times, you need to let go of sprint before landing on the ground.
-The more energy you have while jumping, the farther you will go

Object boosting
While circle jumping, it is possible to get extra distance and altitude by hitting an object at a precise angle. I use this pretty much all the time.

Safe falling
I abuse the game's physics in order to fall from incredible heights and live by hitting a surface at a precise angle.

Cliff walking
It is possible by using the circle jump's momentum to travel on surfaces that you wouldn't be able to otherwise.

Clipping
I pick up and drop objects to clip myself through walls. Not all objects work and it greatly depends on the position of the wall.

Super strength jump
By running at a wall in strength mode while looking down at an angle and tapping jump multiple times it is possible to jump close to double the normal height.

Level comments There are only two levels that I want to specifically comment on.

From hell's heart (train level)
I first thought that this is the equivalent to an autoscrolling level in a platforming game and planned to sit on the train and kill everything in sight for entertainment's sake. I then discovered that staying ahead of the train increases the speed at which it travels by almost double. I still haven't figured out the way the game specifically calculates the train's speed because the time it takes for it to reach the end can vary by as much as 30 seconds between seemingly identical attempts. During the battle at the end of the level, the flying aliens are invulnerable until they complete their route, at which point you can start doing damage to them.

All the fury (last level)
This level is pretty much fully scripted and the only thing that matters is how fast you can get to the radio tower. When I first get to the container, in order to "secure" it, I have to destroy the tank and 5 specific soldiers, one of the soldiers has a 10% chance to die by himself without me shooting him, however I still pan to him with the scope in order to make sure he's dead. The final boss is invulnerable until a certain point, and I think I manage to get perfect timing.