I am the terror that flaps in the night. I am the surprise in your cereal box. I am the batteries that are not included. I am the wrong number that wakes you at 3am. I am a special news bulletin that interrupts your favorite show. I am the itch you cannot reach. I am the ten dollar service charge on all returned checks. I am Darkwing Duck. 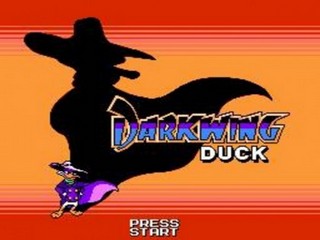 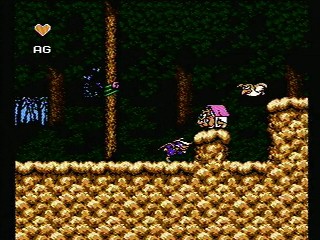 Note: Picking up no powerups (Arrow Gas, Heavy Gas & Thunder Gas) is the equivalent of low% in Darkwing Duck.

Why to speedrun Darkwing Duck?
My reason is very simple, this was my first game I ever play in my life. It bring me back childhood memories when I used to play NES with my brother.

A couple of game mechanics (Explained by Joka):
* It takes a few frames every time Darkwing lands before he starts walking. That's why you'll see me try to jump right when I land, in a few place.
* You can't stand on the arrows while they're flying.
* Arrow Gas does 3 damage, Heavy Gas and Thunder Gas do 2 damage. However, the sprite has to show up for that. If you shot anything point blank, it will still only do 1 damage.
* Arrow gas still does full damage when it's falling, after being cancelled.
* I kill some enemies that I don't actually have to kill, for a chance to get extra gas drops.

Let's talk about the route:
1. I start with the this level because of the randomness of Liquidator fight.
2. Then I go to the Bridge grabbing the Heavy Gas to get an easy kill on Quarter Jack. (Strat thanks to my brother)
3. Next is the City Centre where the only important thing is to grab the Arrow Gas to get a 2 cycles kill on Wolfduck.
4. I picked this stage as 4th back when i was playing on emulator because the early jump in the Bushroot fight was really hard to execute since the audio cue wasn't 100% consistent.
5. Definitely this stage should have been wise to pick as a 4th stage because of the crazy Arrow Gas strat. (Strat taken from TAS Videos)
6. I leave this level to the end because depending of the amount of Gas Energy I have, I can skip some Gas Energy in order to go faster.
7. No choice allowed here :)