Developed by Capcom and released in August of 2006, Dead Rising is a survival horror game produced by the creator of Mega Man, Keiji Inafune. You play Frank West, a freelance photojournalist who comes to Willamette, Colorado looking for the story of a lifetime. What makes Dead Rising unique is the fact almost anything can be used as a weapon. 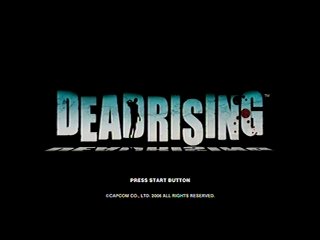 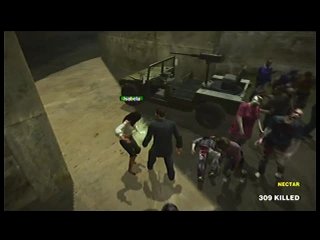 Note: Runs on the main game (72 hour mode) are not allowed because there is no way to beat the game more quickly.

Welcome to my run of Dead Rising in Overtime mode.

I would like to thank all of the SDA staff and community for their hard work providing many, many hours of entertainment for us all to enjoy.

I've had this run for quite some time, just sitting on the DVD, with hopes of improving it but never getting around to doing so. This is the best run of several attempts I made after watching Valarnin's run. As Valarnin did, I will break the comments down into two parts, gathering of the items and then the gathering of the queens and all that follows.

I would like to thank Valarnin for his previous run and giving me ideas/inspiration for my own run. I think there is still quite a bit of room for improvement that could push the final time well below 19 minutes. I would like to improve the run one day but will have to wait for another time. Good luck to you if you choose to improve the run yourself and please feel free to ask me any questions you may have. As seen in the run, you can reach me on Xbox Live, gamer tag FacelessWalnut, or send a message to Fulgore on the SDA forum. Thank you for reading/watching!