Released in February 2013 by Visceral Games and Electronic Arts, Dead Space 3 is a third-person shooter. The gameplay involves cover-based shooting, a crafting system that allows you to create and upgrade weapons, and a variety of different enemies for you to shoot at. The game also features co-operative play. 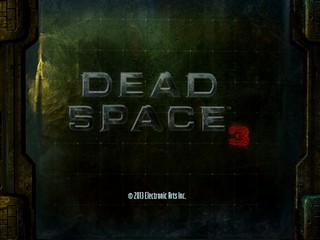 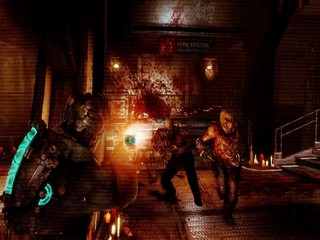 First off, the weapons
The weapon used throughout most of the run is the Devil Horns, they are an unlockable weapon that pretty much one shots every enemy bar the very late game alien necromorphs.
The second weapon used is a detonator mine with a force gun secondary, this weapon is used for a particular section on the terra nova, and the suit repair skip.
The third weapon used is a timed mine needed for the nexus skip.

Most of the areas are natural route, except for the 4 skips in the game and a few tricks.

The first skip is early on in the run and invoves flying through a non-solid wall on the roanoke and checkpoint restarting to save about 30 seconds.

The remaining skips take advantage of boosting, in Dead space 3, running (usually running backwards) into certain walls will allow you to climb the wall, the rate and ability to climb the wall depends on the framerate, hence why most of the skips used in the run do not work on console.

The second skip used in the run is the Suit repair skip, it is about an hour and 5 minutes into the run and is the first major reset point. It involves using the aformentioned boost to break out of the map, then navigate an area of solid mountains that is invisible.
There are holes in the terrain everywhere and the lack of vision makes it very hard to navigate. I use detanator mines here to gain a visual reference and assure that i do not get stuck on terrain, which can be an issue.
This glitch can be done in 2 ways, a method with, and without dying. I used the dying method in this run because i find it easier and more forgiving, because of the heat-death timer. When i fall at the end of the glitch, i fall through the next checkpoint, hence why i reload with a repaired(ish, the suit is still broken) suit.

The third skip used in the run is the Nexus skip, a little past the suit repair skip, it is the second major reset point in the run.
The skip involves breaking out of the map in the nexus chamber, climbing up to the top of the map and crouch clipping to get onto a higher platform.
Once out of the map, the timed mine is used to launch the player a specific direction and distance to pass through the checkpoint after the nexus area on the other side of a locked door. The player than falls to their death and if the checkpoint was hit, they will respawn on the other side of the door.

The final skip used in the run is the Alien Machine skip, this is right at the end of the game and is fairly easy compared to the previous 2 skips.
It involves boosting out of the map and onto the wall that joins to the door that opens at the end of the chapter. after going across and boosting over the obstacles on the wall, the player then drops off at a specific spot to hit the checkpoint past the door.

Apart from these major skips, there are 2 other trickes used to save a little time, these tricks are strategic checkpoint restarts which save time, and the other is crouch clipping through doors that open upwards.

Overall, most of the run was pretty well done, had some issues with wierd and bad enemy ai, and the rosetta labs was pretty poor. There is defenitly alot of room for improvement, though with single segment, with 2 skips back to back both with very high failure rates, getting full runs is very difficult.
The in game timer for dead space 3 is glitched in ng+ runs, and therefore cant be used.

Hello gammers: Firs to all, I want to thank the people who helped me in my runs of dead space games.
-Pneub
-Peachyzora619
-scenic
-AuraofConfusion
-osey889
And to the administration of this great site, especially to Nate for helping me with the encode.

This is one of the best runs I've ever done, but what makes it a bit special
is that it is the first of many that I thinks submit here.

Despite how recently this DLC "12/03/2013" I really believe I have achieved very optimisado time.
The basis for this was the memory and skill, making this race recipe something like accomplishing things by brute force!.
Hardcore may not be as frustrating if taken deliberately "Offensive" and not let the enemy attack! or like sheldon cooper said:
"get them before they get us"

I was somewhat annoyed with EA earlier for killing one of my favorite characters. Fortunately it was all pure drama.
Just starting the game and DS3 gives me the ease to create one of my main weapons "Force Gun".
In this game usually is not enough ignore an enemy and get away from it. must be left of combat for a while out,
not doing this can be a deliberate suicide: since almost all are faster than our protagonist.
Upon climbing the only variant is a slip, which is easy to "cancel" if you stop moving for a little while.
At the peak and crossing the first gate suddenly everything becomes intensive, since I starting the run with a almost
empty inventory I can't afford to pick up the resources of the boxes.
Bench 1: may seem a waste of time craft a new weapon, but if in the whole run saves me at least of "1 single grab" justifies
the time of its elaboration.
The first battle escene vs "Norton, pregnants and Pukers ." determined if the run keep or must be restarted:
as it involves a lot of velocity of hack + "much luck" luck because the necromorph-norton can do grab or a hit.
Which is also dangerous because not yet have the resources to repeatedly heal and that is a necro hard to kill.
Once both events occurred instantly knew that this attempt had many possibilities of success.
By moving comes the first attempt to stop the progress of issac:
prophet 1/3: This turns all in my favor, because at that point inventory still with very low on ammo: but feeders are resources
running to you if you know how to take advantage of them.
Is very important kill much as possible because in the next dorr are waiting two of the most resistant enemies of the game:
"Alien Necromorphs", only one of them can be a hassle because they run fast, the priority is kill one of them as soon as possible,
because if both attack me I can give up. A good tactic that almost come to dominate is that decapitate alien-crawlers
that necromorphs are throwing: At this time that's is the best way to do more damge. when the first one falls "a one on one is a child's play"
The following two scenes are just more resources to continue.
Leviathan tentacle x(3): one challenge after another, I felt had enough MED-PACKS to fight the method that one of my friends called "Terminator"
"what the hell time" may seem very bold but ultimately it is even less risky move against tentacles, ignoring all the switchers's damage.
When climbing the situation gets a little worse: here I must decide faster what enemy dismember and what thrown away with la force gun,
in all my attempts rarely achieves cross the field plagued of stalkers without harm, even when already had reached the ladder they
tried harm repeated times
Last level before the chip: spitters everywhere!
if they don't move, it means that they are about to throw a long distance attack,
grab and throw against it that thing with kinesis can kill them instantly.

Awakened 2: Infidels
Not much to say in this section, just follow the advice of the previous chapter
Prophet 2/3: attempt to destroy the marker without improving weapons was very risky, This is another time where
everything could have gone wrong, wair for a second chance for the glowing marker cost about one minute,
enough to have to restart the game.

Awakened 3: Perdition
Bench 2/2: only a few upgrades to the plasma cutter and becomes the best weapon of the Game: and is timely,
because carvers provides really severe damage.
Prophet 3/3: I think it was a fight almost perfect, except that a shot of stasis reached me at the second round.
after the defeat, it is curious that this enemy is pulverized at the touch with the kinesis.
Reactor: is highly recommended kill all cysts to make the shortest possible time: because the run in that moment is based
on destroying all the fuses on the first try. for me it is very easy to lose orientation in this room,
but it compensates with speed to destroy the rest of the fuses.
after leaving that place, the last scene is not much danger: each flame warns in advance.
as soon issac goes through the wall the run is finished, just activate the navigation and wait for the last "inventory save"

I hope you enjoy this run, and if you're reading this is because I was able to break the curse of rejection dead space games ^^!
Thanks for taking the time to read my comments.