Released in November 1996, Diablo is a classic point and click action RPG set in a world where the forces of heaven and hell battle over the mortal realm. Diablo and his brothers have been banished to the world of men after a civil war in Hell. His spirit trapped in a soul stone, the Lord of Terror has been buried under the city of Tristram where the king, the archbishop, and his entire army have been corrupted to his will. Using the prince's body, Diablo has manifested himself and works towards regaining his power and freeing his brothers in order to retake Hell and reign over the mortal plane. 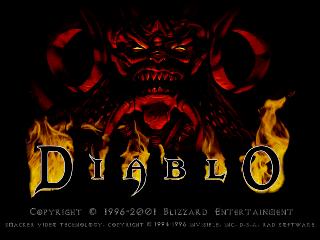 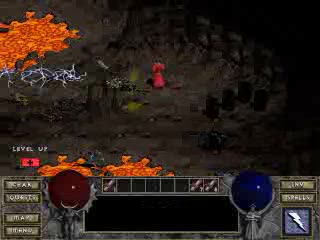 Yeah, it's me again. Once more I'm here to cut down the time almost in half and it's due to even more luck manipulation, even more glitches, and even more sexiness. The most important thing is that I manipulated Naj's Puzzler to drop from the earliest monster possible. This item gives you some teleport charges and it's requirement-free. Second thing is the negative health glitch (note that this was fixed with the 1.07 patch). If your health turns negative when you're protected by the mana shield spell (which can be done with equipping a -life item) you won't die, you'll become invincible instead. There are pretty much two down sides to this: you won't be getting any exp points for any monsters killed because you're technically dead, and if you forget to make your health positive again before either entering a portal or using the stairs you'll end up dead (because going to another level removes your mana shield and then the game actually pays attention to your health). Then there's the duplication glitch which was already featured in my previous work. You can copy any item at the cost of any potion or scroll. What you need to do is to drop the item you want to "dupe" on the ground and walk away from it, then you click on the item and when you're just about to pick it up you click on any item on your belt. You'll end up with the item you just picked up in your inventory and you'll be holding an exact same copy of that item at the same time. One more thing that will probably confuse you (or not at all since it was also in the previous run) is what happens when I meet Lazarus. Normally a cutscene should take place following a lengthy speech. Well, the first one is skipped by alt-tabbing to windows (when alt-tabbing back to the game you can't see shit and you can't really tell when you can already move the cursor so better appreciate that the delay wasn't that big), the latter is skipped by simply saving and loading the game. Last thing to note is that I did extensive research on every aspect of the game important in a speedrun (with the help of a couple of guides), the RNG and how to manipulate it, how the game calculates damage done, what monster drops what and appears where, and so on. So keep that in mind and remember that I really busted my balls to get this done, so you better fucking enjoy it.

PS. Kudos to anyone who notices me drawing a penis after killing diablo before reading this.