Released in 2009 by Larian Studios, Divinity 2 is a hack 'n' slashy thing where your character can turn into a dragon. Skyrim could take a page or two out of this game's book there. Who wants to ride a dragon when you can be one? Dropping the ball there, Bethesda. 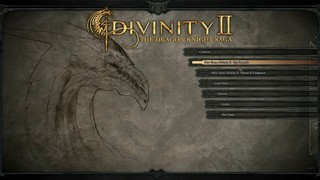 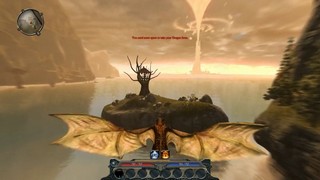 The route I used was originally shown by Pafi.
I optimized some things like jumping through the gap at the Laikens Tower.

I was using dual wielding because it is by far the best in terms of damage.

Farglow:
Went pretty much perfect, I always try to roll as much as possible to safe some seconds.
Nothing much to improve here.

Broken Valley Village:
Just talking to the three people I need to talk to, buying 5 health potions, then progressing with the main quest
and fighting Arbens Ghost. Fight went poorly so i had to use one potion there.
Then i went to the smith to buy my first weapons, got lucky and got a +40 and a +10 weapon.
+40 is pretty rare and the best that you can get. +30 would work as well but would be slower.
Rest went pretty well

Broken Valley up to Maxos Temple:
Running to the tower as soon as possible, then skipping an annoing ladder segment with a bug that allows you
to use Rush Attack to get through the gate.
Taking the blood echelon sword because of its +60 enchantement in the throne room.
Then running to Maxos Temple to fight the Dragon Slayer.
Everything here was fine.

Maxos Temple:
Finishing the initial three quest went really well.
Abusing bad trigger in the labyrinth to skip two rooms by walking close to the wall.
While fighting the Black Ring Seargents make sure to jump on the leader to have an easy fight.
After that rushing to Amdusias and then to Sentinel Island.
This went pretty well.

Sentinel Isald:
Just doing the Totem-Quest.
Could have been faster but was fine.
On the path up to the Tower the +40 weapon helped alot.

Battle-Tower:
Just doing everything neccessary and equiping the blood echelon sword.
Now I have enough damage for a long time.
Nothing much to be improved.

Aleroth:
My most feared segment.
In the Ministry I have to close all three portals. This can lose up to 5 minutes if I get unlucky.
Luckily the Smith infront of the ministry had a +70 weapon which makes the Ministry way easier.
The ministry went pretty well, although it could have been faster here.

Broken Valley (gased):
Getting the key to Baal as fast as possible, although there is a bug where you dont have to fight in the Mine Tower but i dont know
how to reproduce it. Except for that, the tower went well.

Mine:
Trying to lure Amon out of the room to not get chain ccd.
Fighting Baal went really well.

Hall of Echoes:
The boss fight went really smooth because I had a lot of damage. Mindreading the bosses for some skillpoints.
The Ygerna fight went also pretty well.

Aleroth:
Just doing what is neccessary to progress.
Going to the smith to get a better weapon and armor. Got a +100 weapon which is the best I can get.
I`m skilling Battle Rage for some really good damage and way faster kills.
Everything went really well.

Zeppling-Escord-Quest:
Nothing here to improve.