Doc Louis's Punch-Out!! was released exclusively as a Club Nintendo Platinum reward as a Wiiware title for the United States on October 27, 2009. This game is a spin-off of the Wii version Punch-Out!! which was also released for the Wii. As Little Mac, you get the opportunity to challenge your mentor and coach, Doc Louis, to prove you have what it takes to become the World Video Boxing Association World Champion. 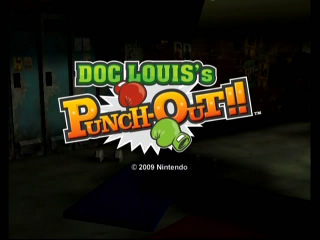 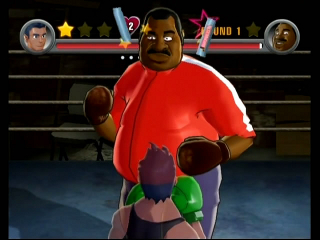 So, McHazard has been recently re-defining how the Punch Out series should be speedrun with his string of recent tool assisted runs that he's been submitting to TASvideos, so massive thanks to him for completely re-working the strategies into far more interesting ones.

I had one goal for my single segment run, which was to get a sub 2:03.xx time, which is no small feat even considering how short the game is. For reference, the TAS nets a 2:01.73, which gives me about 1.27 in-game seconds of wiggle room, which is not alot considering one game second is 21 frames. This means I have about a half of a real time second compared to the TAS, so it was a pretty rough goal that I was starting to think I wouldn't meet because I was simply stuck in the low 2:03's forever... then came this run.

Timing everything ultra tight as if it were an IL attempt is pretty much the only fitting approach to a run this short, so I completely threw away any buffer strategies that were over 2 frames from frame perfect. I only kept 2 buffers that weren't frame perfect (both waste 2 frames each). I used them because on average, I either missed those punches far too often, or I lost more than 2 frames on many attempts, so I figured a 4 frame loss for heightened consistency and more chances at tightening up the timing on other punches was well worth it.

This run started off with a sub 41 Warm Up fight, which is REALLY hard to do. The big difficulty of the fight is the 2nd punch in the 3 punch combo at around 32/33 seconds into the video. You have to delay that 2nd punch by a very small amount of time in order for Doc to do his next attack faster. I just barely reached sub 41 by exactly 1 frame, which happened maybe every 50 attempts or so.

Training was probably the "weakest" of the fights in this run, but that is almost entirely because the other 2 fights are really good. This fight is still very well executed, as I only got in the 42.3x range a handful of times. I think I had an attempt that got in the 42.1x range, but that was just like 4 frames off the TAS, so it's pretty rough to expect to get it again in a single segment run.

Sparring was easily the strongest fight in this run, no question. A 39.56 is only 3 frames from the TAS, which is absolutely incredible considering the buffer to gain the final star in the fight cost 2 of those 3 frames that I lost.

I am very happy with the quality of these 3 fights back to back. I wanted them to be as close to the IL fights as I could possibly make them, and I feel I've achieved that.

The big breakthrough that McHazard brought to the table is that he put to use Doc's tendency to recieve seemingly random punches through his guard. He looked into it, and discovered that both Warm Up and Training have a "punch counter" that determines whether Doc takes a hit or blocks. Whenever you see Mac intentionally missing punches in the first 2 IL's, it is because it sets up Doc's guard to recieve future punches within the fight. McHazard couldn't do this for Sparring since Doc no longer lets punches through, but after some testing, he found a great strategy with move cancels & geting short recovery animations from Doc, which was huge.

Warm Up (40.70) - This fight has possibly the weirdest punch in this entire game. When Doc approaches from the back of the ring and I have to greet him with 3 consecutive gut punches, the 2nd punch cannot be buffered or else he attacks slower soon after the 3rd punch lands. I need to delay that punch by about a frame or so to make his move timer begin counting down, otherwise it will start after the punch instead of during. This fight is 3 frames from the TAS, and considering the difficulty of that punch, as well as executing the rest of the fight as perfectly as possible, I am ok with settling for this time.

Training (41.89) - This fight doesn't let me get many extra hits in, unless I miss tons of punches while doc recovers. This is maybe one of the wackiest looking fights just for that reason. Execution was pretty spot on throughout the entire thing. My initial goal was just sub 42, but this ended up being the first fight I got that broke that barrier. It just happens to be 1 frame from the TAS too, so I am really happy about this fight overall.

Sparring (39.38) - I had 2 extra goals with all of these Doc Louis's PO submissions that I was pretty sure I would not meet. Those goals were to get a sub 2:02.xx total for my IL fights and to match the TAS for one of them. I had basically given up on these goals, but once I hit this IL, I had achieved both of those goals in one fight, which is absolutely incredible. I think I had to hit something like 8 unique frame perfect hits, which is harder than it sounds since you need to be frame perfect in many different ways. Alot of the punches don't have great visual cues, so it took quite a bit or attempts to hit everything. This is easily my favorite part of this submission.