Long before Rare got ahold of him, Donkey Kong starred in an arcade classic. Donkey Kong was Nintendo's first big hit, and it was the first project by some guy called Miyamoto who would later do something or another. Console versions usually had to cut out one of the four stages because of memory limitations. They still sold really well though, don't worry. 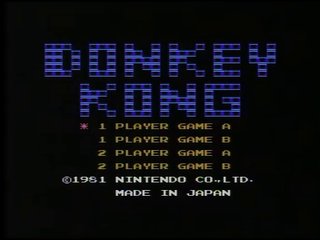 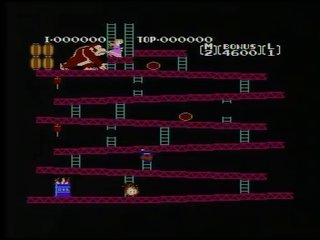 Not really much to say about this other than that it took a lot of luck and patience. Improvements over Croc-Doc's 1:05:
-The barrel on the first floor went down the ladder which saves a decent amount of frames
-My floor 2 is slightly faster than his (compare the 2nd elevator position between our runs)
-I did the rivet tricks in floor 3 which save at least a second
This run seems easy but trust me, it isn't. It seems like the barrel rarely goes down the ladder in floor 1, floor 2 takes some practice, and floor 3 is absolute hell.