Released in June 1994, Donkey Kong remakes the original arcade game and then adds 96 more levels. Mario has many more moves in his quest to save Pauline such as backflips, handstands and hammer throwing. Donkey Kong was the first game to support features of the Super Game Boy such as a custom border, full color, and 'help' scream, none of which are implemented in Game Boy Player. 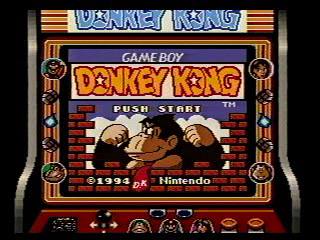 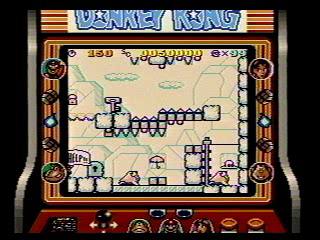 Donkey Kong is the very first Game Boy game that I ever owned and, for the longest time, it was my favorite. While running this game, I was surprised at the ways you can save time, especially by backflipping. It always seemed like such a slow game to me when I was a kid, but I guess it goes slower when you die every couple minutes and spend your time getting all three items in each stage.

The hardest part about running DK wasn't route optimization, since it's usually pretty obvious what the fastest way to go is. Instead, the hard part was surviving it all. Mario is ridiculously fragile in this adventure and even falling too far can kill him. I must have died in nearly every stage at least once while doing this run.

There's not too much to comment on the run, seeing how each level basicaly speaks for itself. I made two pretty big mistakes, one in 3-8 and one in 4-11. It's pretty obvious what they are, have fun laughing at me.

Big thanks to Arrow for the info and strats for the run. Hope you guys enjoy this.