This September 1989 adventure game follows Scrooge McDuck through five stages on his quest to become the richest duck in the world. Bounce around on his cane to tackle foes and break open treasure chests. 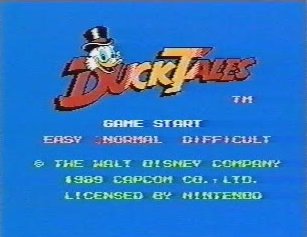 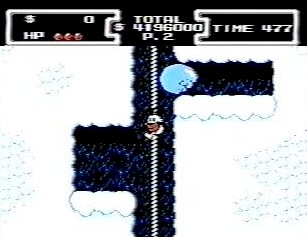 This is, if I may say a great run!

Transylvania: Thank you Magicka for not being a jackass!

Duckula: Lost some time walking to Duckula, the fight itself went good. He couldve spawned nearer and been killed faster.

Overall: Im more than satisfied with it, since some of the moves i do are hard to pull off (Amazon helicopter specially)
BIG shoutouts to Bangerra for some of his strats. Couldnt done it without you.

Sorry for my bad english ;)

The Moon:
The bossfight went perfect, it isn't easy to read that crazy rat! The glitch could be performed a little bit tighter.

The Amazon:
"This level goes pretty well. Could have done a little bit better by not stopping in between those flowers for an instance (in the beginning), but I did that to ensure I would make the jump.
The hit I get slows me less down then you might think, because otherwise I'd have to stop for a second to avoid that 2nd flower. Still took more time then it should have."
-Giel Goertz
Couldn't agree more! My bossfight went terrible though, I lost at least two seconds when the boss suddenly decided to jump.

Transylvania:
Screwed up the jumping in the beginning a little bit. The boss went pretty well. Luckily she didn't fly all the way up high.
This level can still be improved.

African Mines:
The level itself went perfect, the boss was also pretty nice. Could have done the last attack a little bit tighter though.

The Himalayas
Almost perfect. It's possible to hit the boss with some tighter moves, the level went very good.

Final Stage:
This level and the boss went very good. The last jump could've been timed a little bit better.

Overall:
I reached my goal, which was to beat Giel Goertz, he is a great speedrunner!
This run isn't perfect, it's possible to knock off atleast five seconds, but I doubt that is possible for a human to do.
Greetings from Sweden!
QUACK ON!