On January 29th, 1996, the third game in the Duke Nukem series was released, this time a total overhaul bringing the series into the 3D first person shooter genre. As one of the first games to use Ken Silverman's 2.5D Build engine, it quickly became a popular hit with an audience hungry for more after the extremely successful releases of Doom and Doom II. 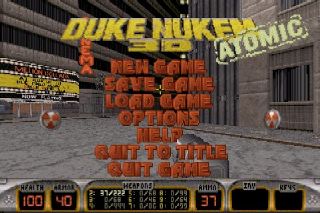 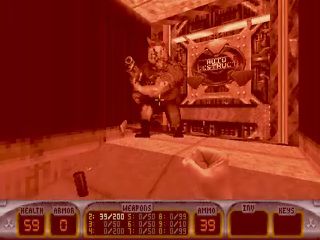 Note: Difficulties are not counted as separate categories for individual levels. Choose whichever difficulty is fastest.

These Duke Nukem 3D speed runs represent years worth of cooperative effort and critique between myself and Fernito, as well as nearly a decade of practice on Fernito's behalf.

All of the playing, as well as a lot of the paths, was done by Fernito. Other paths and glitches were discovered by me or are from various other sources.

These runs truly represent what may be the final generation of Duke Nukem 3D speed runs. The ability to save time far beyond these will not be possible unless new paths and glitches are discovered, which I wholly believe is not likely, or at least on a scale large enough to change the Duke Nukem 3D speed running world.

We have also undertaken the effort to make a unified source for information about all of the glitches, and their implementations, which can be found on my web site.

I hope every one enjoys these runs, and we hope that the insane amounts of effort put into their creation is shown in the quality.

All of my runs are played with keyboard and mouse.
Like the current Duke runs, these runs were done in Duke Nukem 3D 1.5 Atomic (using the official GOG DOSBox version of the game).
The .DMOs are played back using xDuke V19.8 (in order to get proper first-person playback without map hacks).

Not too much to say about the run...

The run cuts a little over a second off the current (1-4) Toxic Dump run.
The route is almost identical, except for the rising water section at the end of the run.
I discovered a new glitch, allowing for a full height jump from water, which I use to skip the small wait for the rising water level.

This route showcases an interesting glide-style clip. The acute-angle corner of the outside of the flood door near the yellow key door allows you to slide Duke deeper into the corner than usual in one direction, and then the other direction (using Strafe-50). The glide clips Duke up into the small gap between the flood door and the ceiling, allowing direct passage to the end of the level.

I use an old trick to get to the multiplayer deathmatch exit, to skip having to fight the episode 2 boss (the Overlord).

Slightly faster route using the early teleporter (cuts off an in-game second).
Surfacing to the top of the water allows for faster movement.

Cut off two in-game timer seconds by changing the route.
I skip getting pipes and the jetpack at the beginning.
Instead, I use a rocket launcher to push through the wall and a full-height jump out of water to allow myself to climb up to the red key door.