Released in early 2012 by developer Hitbox, Dustforce is an action platformer with a very unique premise. You take control of one of a varied cast of ninja janitors and guide them through complex series of jumps and hazards to sweep up whatever dust and grime is piled up along the way. 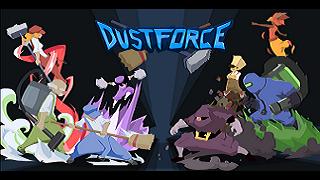 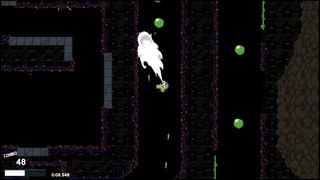 Note: The New Game+ category means completing all levels while starting from a 100% file.

So I've been working on this run for about 3 months now, am just over 500 hours in now, and recently they finally released their free DLC that completes the game, by adding in the final 2 levels.
I finally got a really good run off, this time is roughly 30 seconds faster than what I thought I would ever be able to get, and I doubt I'll ever improve upon it unless someone would find new routes.
A quick summery of how the chapters went:
1st chapter (Forest)
This wasn't my best forest ever, but it was really close. I had one accidental death in Ancient Gardens caused by a sudden framedrop that kind of bugged me out, but it only cost me like 2 or 3 seconds (you may be able to notice a small audio glitch right before this death as well), it was my only death before the final chapter. The rest of the levels went fine, I lost maybe 3 seconds by minor mistakes ranging from a badly timed attack at the end of valley to not having a perfect fall down from wild den to downhill.

2nd chapter (City)
City went extremely well, one of the very few runs that didn't end up in me dieing in concrete temple, especially the spikewalk there is hard to get consistently, but I pulled through and if I recall correctly made close to no mistakes in this chapter.

4th chapter (Laboratory)
The biggest mistake I made in laboratory is screwing up a pretty simple jump in backup-shift, which cost me roughly 2 seconds, followed by a relatively slow exit to the level which cost me another second or so, other than that it went really well.

5th and final chapter (Virtual world)
This chapter is extremely hard to do without mistakes, and I got most of the way through without mistakes, as soon as I enter Giga Difficult I get a couple of accidental deaths, of which some I expected due to a pixel perfect trick, a death there only costs about a second, overall still went pretty well, after which I died once in Zetta Difficult, one of the newer levels, in which I had a pretty stupid death that cost probably like 3 seconds or so, and then finally the beast called Yotta Difficult: This level is by far the most fun, and the most funny looking level in the game to any%, there's a couple of deathwarps here that are very precise, a couple of out of screen sections, as well as a pixel perfect drop through a gap in the spikes, of which I got the setup pretty fast, that level went extremely well, being only 4 seconds slower than my personal best on that level, while it is really easy to lose a lot of time with easy to make mistakes.