The Elder Scrolls IV: Oblivion is the fourth part in the famous RPG series, allowing players to gather first hand experience of what it must be like to live in a world where you have to be in constant fear of falling through the floor, being pickpocketed by the guy you are currently talking to, having your stats overflow in either direction and dealing with an economy that can crash at any point due to massive item duplication. 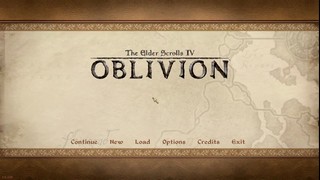 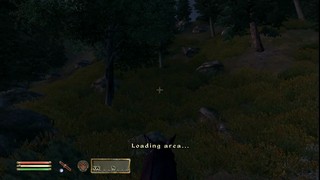 This run took roughly a year to plan. In an open game like Oblivion, it is very hard to find the best route, because anything can be done in many different ways. In addition, each NPC's have their own schedule, your route must fit with their schedule and it becomes very complicated. Oblivion is an obscure game to speedrun, so I had to find nearly everything myself. I had over 200GB of video footage which I used to compare different strategies, I did 2 test runs and I wrote a huge documentation. It was a big project, but I'm proud of it, the run is very well optimised.

My rules were: You have to start and complete every quest in the main quest. I could beat the game under 5 minutes with sequences break, so I had to put this rule. It is played on normal difficulty in the very first version of the game.

The game is broken, you will probably be very confused if you don't read this first. It contains a lots of sequence breaks and physics exploits. I spent a lot of time finding bugs. My first versions of the run were even more complicated because at the time, I didn't know how to pass through any wall with a single glitch and I had to be more creative. Here are some explanations.

Q : How do you pass through walls?

A : You have to face a wall, save the game, then reload the game you just saved. While you are reloading, you have to keep walking forward and you will be pushed into the wall. Then, the game has to push you out. Depending of your angle, you can be pushed of the other side of the wall. It works better if you load another area, or if you close the client between the save and the reload.

Q : How do you teleport?

A : When you are out of bounds, you fall. If you reach the bottom of the map, you will be teleported back to the closest in-bound area, which is nearly always the one right above your head. I still have to go to a destination when I'm out of bounds to be warped exactly where I want.

A : I drink potions labelled "Skooma", which gives me +60 speed for 20 seconds. In oblivion, you can only have the effects of 5 potions at any time, but if you drink 4 potions with your hotkeys, open your menu, then manually click on the potion, you can have the effects of 8 potions simultaneously. It gives me +480 speed. I dupe over 400 skoomas so I can drink 8 skoomas every 20 seconds.

A : In the havoc's engine, when your character step on something, the game will give some vertical momentum based on your current speed during a very brief time, allowing your character to get a little higher and "step" on the object. If you manage to jump precisely during the short time of the boost, your jump will get amplified by it. The faster you are going, the higher you will jump, and since my character is very fast, I jump really high when I need to.

A : When you close one of Oblivion's doors, it rewards you with a random sigil stone, which can enchant a piece of equipment. Every time I close a door, I manipulate a +15 lightning damage sigil stone, which I apply to the fastest weapon, a dagger. I also manipulate the drop of a +80 fire damage staff from a lich, which I use to one-shot pretty much anything.

Q : How is your horse so fast?

A : When you use a shrine, it launches a ball and whoever the ball hits receive the buff of the shrine. I find a shrine which gives a speed buff, I dodge the ball and I let it hit my horse. My horse is then under the effect of a speed enchantment, which I guess is bugged with horse, because the enchantment is not nearly as strong on characters.

Throughout the run, I had to:

- Constantly kill monsters that sees me, otherwise I cannot fast travel because I am "in combat" mode.

- Attack NPC's until they start running after me, then I apologize when they are where I want. This make them run instead of walking and it considerably speeds up scripted sequences.

- Fast travel to various locations, because it changes the game time, and I have to meet NPC's schedule. Since loadings are not counted as game play time, fast traveling is faster than waiting.

The best part of the run is without a doubt when I grab the emperor's armor. The armor is protected by an invisible wall. The closer you are of the wall, the faster your life get drained. In a normal game, you cannot even get close to the wall without dying, and the invisible wall is an additional protection. I manage to get close to the wall without dying because I am under the effect of 8 skoomas. Then, I use a staff which deals area of effects damage by creating a little explosion. The explosion hits the armor, making it bounce directly into the invisible wall I'm facing, and I grab the armor through the wall when it's close enough. In the mean-time, I wait one hour to replenish my health.

At the end of the tutorial, I pass through a wall and I kill the assassin who is supposed to kill the emperor. It triggers the guard's script and the quest goes on normally, even if the emperor is still alive. For those who don't remember, the main quest is about the emperor getting assassinated and finding his heritor :P

In the paradise, I pass through an invisible border. I'm not supposed to pass this border, so the game warps me to another location. It happens to be at the end of the paradise which allows me to skip the cavern part.

I completed this run in 2011, but while compressing the video, I lost some segments. I found the missing segments last week, 2 years later in an obscure folder. That is why I submitted the run so late.

Planning this run was the best time I had while playing Oblivion, it was incredibly addictive and rewarding, but doing the actual run was painful. The bug which allows me to pass through walls doesn't always work; at least 50% of my attempts were scrapped because it just didn't work. I noticed that it worked better when I created a little lag by restarting the client, so I had to restart the client at the start of most the segments which use with this bug. Furthermore, there is a lot of luck manipulation. NPC's movements are hard to predict, sometime they randomly die, they're not there when you open a door, they randomly wait before executing their script, they keep missing their attacks... I had to manipulate the drops of overpowered items, and I had to succeed on "Auto attempt" while lock picking doors on my first try. I'm glad I spent 95% of the time planning instead of running :)

The run is improvable by at least 2 minutes. It doesn't contain many technical errors (most are in the menus), but it doesn't include strategies that are simply way too hard to execute. I've found a glitch to get launched at an INSANE SPEED in a random direction. It makes me travel 20-30 times faster than my bugged horse, but it nearly always crashes the game. It won't crash maybe 1 in 500 tries, and you're not guaranteed to land where you want. I decided to not include it. I'll add that it happened many times that an unexpected favorable event occurred, but I wasn't able to replicate it no matter what I tried. I have some of these events captured on video and it makes me die a little to not be able to replicate it. I probably won't do another run; I haven't played Oblivion since I recorded the last segment years ago.

Have a good watch!

Hi.
About the run:
This run uses a 60fps cap(over 60 fps runners get unfair advantage based on PC speed).
It was done on version 1.0.
I choose the Redguard male race because it ia the fastest race to use due to the adrenaline
burst ability.Later on I also choose the steed birth sign due to the 20 Speed bonus it gives.
Clipping in Oblivion is simple.You walk into a wall and then as you are walking you quicksave
the game and return to the menu.Then you reload the save and while it's loading you hold down
the keyboard key you use to walk and by the time the game loads up you should be on the other
side;Because Oblivion loads your character first and then everything else.
I punch and fireball the NPC "Emperor" to manipulate him and get him to the positon I want.
After I exit sewers there´s a glitch with the hidden door in Temple district that takes me to the
final quest.Then I wait 10 hours and talk to Martin and finish the game.