Released in September 1998, the sequel to Fallout follows the story of the descendant of the original "Vault Dweller". Forced to set out into the post-apocalyptic wasteland in search of the "Holy G.E.C.K" to save his tribe from famine, he must quickly learn to adapt to the dangerous new world... or die trying. 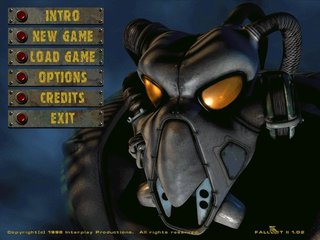 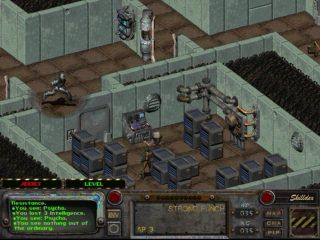 I'm pretty sure this is the first known recorded attempt at a speed run for Fallout 2, which kind of surprises me given the game's structure. Having played it for so long, I knew that the way the game was built would make a speed run very viable, and I think this video reflects that. The run is recorded with the latest offical patch (v1.02), and done from start to finish without any saves.

It took me a while to finalize the route that I had planned to take. At first, I had planned on going to Navarro and sneaking in to steal the Power Armor that I needed, but in the end it was more time-consuming and much more risky (as almost any random encounter near Navarro is an Enclave Patrol). The route I use in the final version allows me to stay in San Francisco, which also cuts out time wasted from having to watch the first scene with Frank Horrigan, as it will not play if you do not leave the town area of the World Map, even on or past the date when it is supposed to take place. The real risks involved with this run are successfully making the Steal checks, and setting the timers on the plastique (as if you get a critical failure on a demolitions check, they will explode immediately when you exit the inventory menu).

Unfortunately, the program that I used to record this run would not work perfectly with Fallout 2, which resulted in the colors during all of the cutscenes being messed up. I skip all of the cutscenes in the run that I can, so it is not too much of a distraction (the worst being the three still shots of the towns during the ending sequence). There is also a little bit of color distortion of colors that are supposed to be white, resulting in things like green Medical Kits.

Overall, though, I thought it turned out pretty well. I hope you guys enjoy it.