Released in March 2004, Far Cry was created from a tech demo by Crytek to show off abilities of nVidia's new GeForce 3 chip line. Ex-Special Forces man Jack Carver is lured to an island paradise by a brash reporter named Valerie who promised loads of cash. Jack is met by a hail of bullets by the militia that controls the land. Jack must rely on the help of an array of weapons, as well as jeeps, hang gliders and boats to keep him alive long enough to escape. 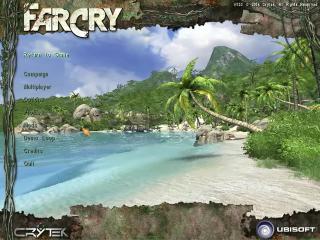 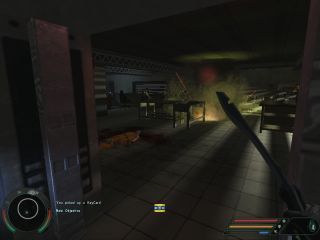 All of the loading screens before and after each segment were cut out, and the remaining parts appended "as is". I also recorded the game menu and final cutscene independently, and later added them to the video.

- I chose medium difficulty because it gives you a good balance of skipping enemies and having to fight them. The game is essentially pretty hard, and the last level, Volcano is way harder than the rest of the game (and the AI is incredibly random). That's why I chose to renounce my artificial 'one segment per level' rule and split the level up.

- Autosave happens once in a while, and as far as I know, it can't be turned off. Note, that I don't use it throughout the run. With the exception of Volcano (2 segments), each segment = 1 level.

- A good deal of time is spent while driving various vehicles, so there is a racing element involved in the run. Throughout the run, I use all of them - buggy, jeep, patrol boat, inflatable boat, truck, forklift (!) and a hang-glider.

- Sequence breaking is a major feature of this run. Using jeeps, plus hill climbing glitch, some pretty good shortcuts were discovered. Also, in the early levels, you do not need to complete most of the objectives at all.

- I tried to utilize every glitch possible. Here are the most noteworthy ones:
1) Hill climbing: if you rapidly jump towards certain steep surfaces which you can't normally get on, you can get onto them. However most hills are a lot tougher to climb than that, they usually require individual approach.
2) If you get hit after a fade out starts, your armor will be carried over to next level as if you weren't hit.
3) You can 'drive' an inflatable boat on land by pressing 'use' quickly to move it. My tests showed that you could go up hills and even fly up with it ("HL2DQ" style), albeit not too high. I barely use it in the run (in the beginning of the 14th level), as it slows you down everywhere else. For example, I managed to beat the whole Fort level using this glitch, but the overall time was worse than the current one. What a pity.

- The video was captured with FRAPS, limited at 30 fps (while playing). This fact has created additional troubles, such as:
1) laggy gameplay (making it super hard to aim, especially with the sniper rifle). The video looks pretty smooth though.
2) Jeep's behavior is different when driving up hills. There were several places, where it seemed that the gear was stuck. I wish I had a manual gearbox in this game :)
3) In the end of level 13, Cooler you have to wait for water to fill the room, which seems to depend on FPS too, thus I have to waste time.
4) Some cutscenes played about 0.5 sec after I hit spacebar to skip them, which is annoying.
If anyone ever tries to improve this run - here's my advice: under no circumstances you should use FRAPS!

- Health is automatically fully restored in the beginning of a level, but weapons and armor are carried over from the previous. The exception is level 19, where you start with none.

- A key element to moving fast is to save stamina when you can, and spend it where you need to (jumping, running past enemies etc.) Stamina is also restored after most cutscenes. Also, if you sprint before a ladder you can climb it faster.

- Heavy weapons affect your running speed, that's the reason I spend so much time with a knife or pistol.

- There are occasional gameplay mistakes (particularly in the hard/long levels like Boat, Swamp and Archive). As far as I know, there is a total of about 1-1.5 minutes worth of mistakes in the run, no more. Speaking about my route, I don't see any possible improvements, but this doesn't mean there are none.

1) Training [0:00:12]
- Skipped all the objectives and headed to the end of the level on a buggy via the most direct route.

3) Fort [0:05:41]
- Switched to a patrol boat since it's a lot faster, then drove a buggy to the very top.
- Skipped battle on the top and waiting for security door to open by jumping on top of the ledges and onto a nearby hill.

4) Pier [0:07:48]
- Skipped blowing up the armory.
- A strange incident in the end when a soldier whom I needed to kill, fell into water. Cost me a few seconds.

9) Regulator [0:20:09]
- It is possible to skip all of the interiors in this level by climbing up a mountain, but it'd most certainly violate SDA rule about level boundaries.
- Jumped over the steam which normally kills you. I'm almost sure this way was not planned by developers.

10) Control [0:23:17]
- It is possible not to crawl through the ventilation in the beginning of the level, but run through hordes of monsters as they fight each other. I had no luck though, so I've taken the conservative route, wasting ~5 seconds.
- Performed the steam trick again, this time it deals almost a full health bar of damage.
- In the end I wasted some time to shoot a "rocket trigen" with a minigun. As I found out later, they are harmless if you treat them properly.

11) Rebellion [0:27:01]
- Swapped my vehicle in the middle of the run since a buggy is faster.
- The final jump over a large gap was quite tricky, but it was worth my efforts.

12) Archive [0:29:39]
- Used a forklift to drive towards the final building and shoot enemies simultaneously.
- Missed a sniper shot, several seconds lost...
- For some strange reason, it took me too long to hit the chain in the end, few more lost.

13) Cooler [0:34:16]
- Could have killed some enemies faster.
- Also see FRAPS problem 3.
- I end this level with an unbelievably low amount of health, fortunately, the trigens (very passive for some reason) didn't hit me.

14) Boat [0:38:53]
- The longest level in the game, hence I let several mistakes slip, such as hitting enemy boat, missing a sniper shot (again!) and 1 rocket launcher shot (out of 10).
- My boss battle with the helicopter was very good for something that follows ~7 minutes of the segment. Theoretically, I could have shot the helicopter few times while he was approaching me, but it was too risky since I had limited ammo.

15) Catacombs [0:47:00]
- Performed a trick with my trusty jeep and then entered catacombs from above. This way is faster and, more importantly, I saved a pack of explosives.
- In my first version of this segment I didn't enter the catacombs right away, but glitched to the top of the level. AFAIK, this violated SDA rule about level boundaries, so I redid it, losing about 10 seconds.
- Skipped the PDA and headed directly for the exit, then used explosives there.

16) River [0:49:35]
- This is one of the hardest levels to speedrun because of a tough battle in the end, where you need to kill 11 soldiers (and Crowe himself) in order to proceed.
- Originally I headed to the right at the very beginning, and reached patrol boat by foot. However, this turned out to be slower than the regular route.
- Quite flawless boat riding, although I could have changed my vehicle faster.
- Killed the helicopter while riding the patrol boat, saving 5-10 seconds.
- In the end, climbed up a hill for a shortcut and a good shooting position.

17) Swamp [0:54:18]
- In my opinion, this is the worst level in the game, as it's too linear and you have to wait for Val all the time. And she likes to stop and be distracted by enemies (this happened at least once in the segment, my mistake).
- I've found all sorts of shortcuts here, but they are of no use since Val can't jump or be teleported, and without her I can't finish the level.
- There was quite a close call in the very end, but I used Valerie's vehicle as a shield.

19) Dam [1:02:47]
- Didn't take the weapon at the start because it slows you down.
- Avoided damage while driving buggy in order to have full armor in Volcano, which is critical. (also see glitch 2)

20) Volcano [1:05:17]
- The first battle may seem disorganized, though in fact it is carefully planned.
- Krieger sometimes jumped to me earlier, but this happened very rarely.
- This level was split in two segments by using in-game autosave feature. It happens at [1:06:24].
- Note that it is not necessary to kill the second mutant with sniper rifle, but you need to hurt him so he jumps away from his position.
- An unexpected shortcut in the 'pit'.

Thanks to:
----------
- Radix, for creating and maintaining such an addicting site. And also for making me improve the last segment by ~2 seconds ;)
- Everyone who tried speedrunning FC before me: Apathy and (particularly) Nonoce. Nonoce's videos showed me not only that a run is possible, but also very good routes for levels 1-7.
- All the forum members who participated in the FarCry thread and showed interest for my run, thus supporting me.
- Mike "Gumby" Anderson, for the font I was using in the intro.
- Michael Shepherd-Finch, who wrote the useful "Far Cry exploration guide".