Faxanadu, developed and released by Hudson Soft for the NES in November 1989, was actually a spin-off of Falcom's long-running Dragon Slayer RPG series. Although it differed greatly from Dragon Slayer in presentation and gameplay, Faxanadu soon became a sleeper hit. Returning from a long journey to his devastated hometown, it is up to the unnamed hero to traverse the dying World Tree in order to save everything that he knows. 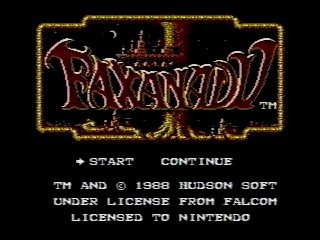 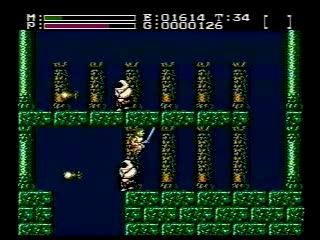 Welp, I finally avenged my old run of this game. Lots has happened in the Faxanadu world since my previous run, Hopefully by the time SDA adds this run, I'll have completed my tutorial series on my YouTube channel as well.

I think I'm done submitting to SDA after this one. I'll be streaming all improvement attempts on my Twitch channel, twitch.tv/shinerccc - I'll let someone else go for the new SDA record, because I can't stream and use AmaRecTV to record for SDA at the same time with the hardware I have currently. Sub 29 is definitely possible. The most glaring mistake is getting knocked off the ledge trying to get the Mattock, this costs about 7 seconds. There are several more 1-2 second mistakes later in the run as well. This was only my third attempt at SDA recordings though so that's enough, I'd rather be streaming.

I'll leave most of the explanation of game mechanics to the audio commentary and keep the written comments short. Shoutouts once again to all the people I mentioned at the end: the other Faxanadu records for keeping my interest kindled (HavocProdigy, PresJPolk, Boxfat, Angiebug), the 502 crew, the 250 crew, and SDA of course for being the gracious hosts...oh, and my parents for introducing me to this game as a kid.