Released in 2006, Final Fantasy XII was the product of a long development cycle and garnered mixed reactions upon release. The original director, Yasumi Matsuno, was forced to bow out of the project three-quarters of the way to completion because of health issues. Sporting methods to automate party AI, an open mmo-style world, and a politics-oriented plot, players either loved the game or hated it. 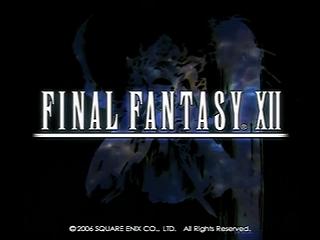 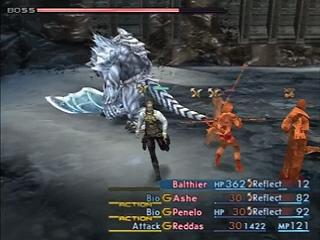 This is my second attempt at a FFXII segmented run. Back when I did the first run I was the only North America player actively working on a run and my reference as primarily some boss fights from NicoNico. Since then a few other people have picked up the game and are working no SS runs. There have been many minor changes in the route and a few major ones.

I decided to re-do this run for two reasons. Firstly, Bagamnon farming is no longer done as it is not necessary so that cuts a good chunk of time off; also I found that it is possible to get enough Gil from Dustia to cut off a cycle of Jelly farming. Those two changes together cut off about half an hour. Secondly, Freddeh beat the time of my segmented run with a SS run and I can not let that stand.

So here is a new run. I think it's quite good. The timing difference from the old run will not translate well because the method for timing this game has changed since my last run. So for illustrative purposes I will mention that the video for this run is 57 minutes shorter than the previous run. Most of that is due to the route changes mentioned above; some of that is due to this run using about half the number of segments; and a little bit of it is due to tighter gameplay and better menuing.

I feel like the commentary does a good job of explaining everything so I'm just going to list the number of attempts for each segment for those that are curious.