Released on October 17, 2005, this is the first Fire Emblem to be released on a console in almost 6 years. The continent of Tellius has been engulfed in war ever since Ashnard, king of Daein, invaded the land of Crimea. Elinicia, princess of Crimea, managed to escape her country and has hired Ike, the son of a mercenary band's leader, to help restore peace to the land. 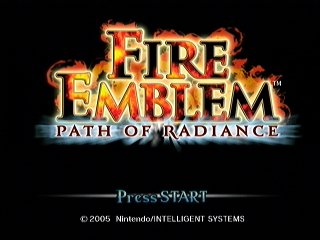 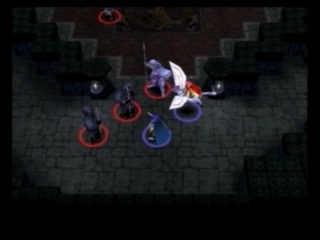 I'd like to thank everyone on the forums for their support and advice (petrie911, Amazing Ampharos, yoshimaster5, Molotov for getting the ball rolling on this game, and spineshark for all his advice, though I did end up needing the boots, liar!). Sorry if I missed anybody else.

I'd also like to thank the staff of speeddemosarchive.com, I absolutely love the site, keep up the great work!

This is my first recorded and submitted run to SDA, I hope it is satisfactory. The run was done on normal difficulty, on a new game file, which means there was no choice between random and fixed stat growths, and no stat bands. RNG abuse is not possible in this game; everything is random.

Here are the main aspects to this run:

First off, combat animations in this game are very, very slow. As a result I was forced to take a very pacifistic approach to the game in order to achieve a good time. I'll try to explain where my choices are based on this aspect.

Second, character choices are very important in any Fire Emblem game, this is no exception. My choices are quite limited; I only actively train two units, and I make heavy use of this game's Jeigan as well as the Laguz (which are, in a way, a steady supply of Jeigan characters throughout the game). Here's a brief list of the most important players:

Third, equipment forging is a very useful aspect to this game; it really helps to bolster Marcia's low Str. Only one weapon can be forged per chapter, but I take advantage of this almost every time possible. The most forged weapon: Javelin, without a doubt.

Last, bonus experience allows me to very easily train Ike and Marcia, and allows me to have pretty good control over their stat-ups (since I don't need to train them in battle). Generally, these segments are separated from the rest of the run, and are generally done in groups of 5 levels, just to keep my sanity intact.

I won't bother going into too much detail, the run should speak for itself after all. I also won't bother mentioning any small mistakes; they're pretty obvious.

So there you have it. The time can probably be improved by a few minutes (less mistakes, better precision, some better strategies in a few chapters) using my strategies, I'd say the lower limit using them would be 2:20ish. If somebody was ambitious enough, they could try doing the run in a single-segment on easy using fixed growths, which might be interesting.

Oh, and in case you were wondering, the run took 158 turns.

If you have any more questions regarding the run, or perhaps if they want to beat my time, or you just want to talk to me for whatever sick reason you might have, send me a PM on the SDA forums, alias: SMK. I'll try to be of help.

First of all, there are some people to thank:

Anyway, on to the actual comments. For those who might not know, I started a topic for this game back in 2005. I ended up making super lame attempts at running this game and dropped it from my queue because I thought it was too long (or something like that I think). Later on, I seemed to have picked it back up, but as I know now, it's best to stick to one project at a time. Needless to say, that run died...at Chapter 6 I believe.

January 3rd comes, and enter Spine Shark. For quite some time, we discussed strategies and he even did a run on Normal in 3:56:06. Sadly, one of the VHS tapes that the run was recorded on was ruined before submission, so Radiance was left without a run for a while longer.

Over time, people discussed trying the run themselves, but no published run came of it. But, behold, SMK came to the rescue with a topic and, later, a run for all to view! When this topic came up, it seemed to have set me on the warpath in a way. Here's a small sample of what I said:

"LameImitation: I'll ask Mike whether my recordings are good enough for another run (just in case), and then do Radiance myself.
schzzl: O_O
schzzl: still want me to send that stuff?
LameImitation: It's hit the point where the game must die.
LameImitation: This is the third topic already... >_<"

I also decided to do this run on Hard, probably because I felt it would earn more respect from viewers. Whatever inflates the ego, I suppose.

Anyway, it turns out that Hard is pretty manageable, even with the little roadblocks that get thrown in the way. I'll cover these issues in my segment comments, which I'll begin now:

I left out the ending, because it's long and slow. If you thought Nergal's (Rekka) "Mwa ha ha! You killed Ninian, you stupid dork!" crap was slow, prepare yourself for something even worse (much longer).

Anyway, it's good to finally have Radiance done, after letting it rot for so long. I've basically adopted a policy of never announcing a run that I won't finish from now on, but don't bug me about anything in the past I may have said.

If you have any questions or comments, feel free to send me a private message (Molotov, obviously) on the SDA forum or post in one of the Radiance topics. Enjoy the run.