Released in February 2009 (December 2008 in Europe), FireEmblem: Shadow Dragon is an enhanced remake of the original Fire Emblem for Famicom. The player takes control of Marth (of Super Smash Brothers fame) as he fights to reclaim his kingdom and rescue his sister. On his way he must find the sacred sword Falchion as well as the Fire Emblem, which allows him to wield it. 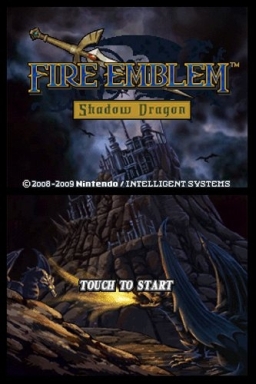 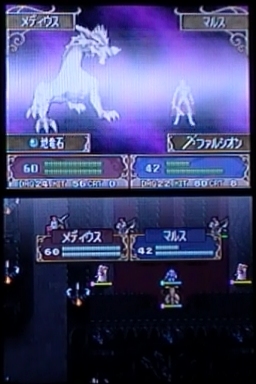 - Nitrodon, for saving me from an evil player phase level up. <3

This is, without a doubt, my final run of this type on Normal mode. I know I say that a lot, but this time I truly mean it. I honestly didn't expect much of an improvement from the 14.30, so this was a pleasant surprise. Since the earlier segments of that run were done at school, I was probably too tired to optimize them properly. That's the only good excuse I can think of for being able to save so much time on seemingly easy chapters.

It's worth noting that all of my previous runs lacked concrete weapon/level planning, so I just made stuff up as I went. This works decently for casual running, but it definitely screws up any serious run (see: 14.55). I Eat Tables saw right through my attempt to sneak a bad run through the system and voted no because I could do better. This bugged me enough that I decided to just buy a camera like Mike's (blue > black though, sorry Mike), because I knew that would provide the quality I need for an SDA submission.

A while after it arrived, I decided to just cancel the 14.55 submission before the public got ahold of that nasty thing. It was a good thing too, because it saved the Nate the effort of processing a sub-par run for no reason. :)

Anyway, most of these chapters are self-explanatory as long as you remember some key points about the plan:

1. A manly man kills everything in his path single-handedly. Marth happens to be a manly man.

2. Marth's level ups need to be awesome, in most cases.

3. Never witness a non-Warp level up.

4. Do not manage your inventory unless absolutely necessary.

With all that stuff in mind, you shouldn't have any trouble following things in the run. Of course, if you're familiar with Fire Emblem running in general (which you probably are, if you're reading this), I just told you a bunch of stuff you already knew! Aren't you mad that I wasted your time? I'm not!

That said, I do want to point out one particular thing that isn't likely to be obvious at all to a casual viewer: Marth gets a double 7% critical on the Chapter 16 boss. Nitrodon said the odds of that happening are 0.49%, so dang it, you better appreciate the effort I put into that! (Of course, it was my own stupidity that made it necessary in the first place...)

Anyway, I hope you enjoy the run.