Released in July 2000, Fur Fighters is mostly known for mixing standard third-person shooter gameplay with a cutesy setting. The game is also notable for having vast, expansive levels before Grand Theft Auto 3 came out. General Viggo has kidnapped the animal babies. Are you a bad enough... err the adult animals go out and try to rescue their kin from Viggo. 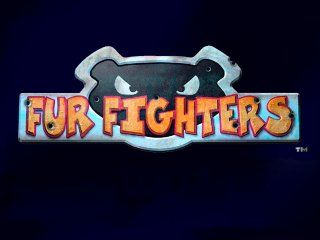 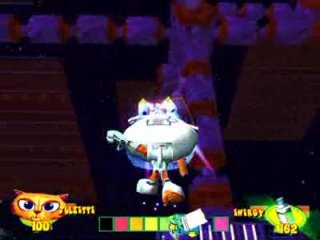 Doing a speedrun of Fur Fighters came from the idea of the other games I ran. I like taking the games that I enjoyed a lot when I was young, and give them again life by speedrunning. Fur fighters fell in that list. Originally when I had a look at what kind of speedrun possibilities this game had, I didn't see much. However, after a while I just launched myself and started doing a speedrun of this game. This was back in January. As you should know if you played the game, the game consists of entering levels in 5 different worlds (6 if you count Viggo A Gogo), and collect tokens and babies. Tokens open up levels and babies open up bosses. The absolute minimum items that you can collect are 90 babies and 550 tokens, but that isn't the fastest way. In this run I collect 90 babies and 600 tokens, and I skip a few babies in certain levels because they take quite a long time to collect. This game takes quite some time to finish, so I originally didn't want to play through it completely once to do the run. I did finish a run sometime in March 2006, with a time of 3 hours 28 minutes and 28 seconds in 12 segments. Not being happy with the result, I later redid segments 3-12 because they lacked quality and planning, but not 1 & 2 as they were hard & long segments. One I reached Viggo A Gogo again I lost interest, and for a lot of month I let the run collect dust. Later, I wanted to carry on the run so that I'd finally finish it, but another problem kicked in...upon watching segments 1 and 2 I realized they just weren't very good. That's when I decided to restart the run, and considering that the run would've been segmented anyway, I decided to use more segments to be able to save as much time as possible. Once finished, it was 26 and a half minutes faster, thanks to several new tricks, improved token route but especially a lot of optimization. The original run had terrible mistakes (like the unintentional death I had in Dinos Downstairs...ugh), and I'm glad I ironed them all out. Sure this run isn't without mistakes of its own, but they are all minor, so it's still good.

Before giving the times I'd like to give a few notes on the video quality of the run. First, you can notice several graphic glitches throughout the run. This was because this game really wasn't meant to run on high-end PCs or windows XP, and it screws a bit with the graphics in certain places. Another note is that because of the power of high end PCs, the game runs faster than it is supposed to when at 60 frames per second. Because of this, the physics of the game are seriously affected. For example, the running machine on world quack center (with the baby cat) makes it impossible to go over it because you get pushed off it as soon as you touch it, doors and objects also take MUCH more to get pushed, and also the bosses move MUCH faster than they should. However, when I played the game back on a low end pc, the game ran normal, and be sure to note that when fraps is recording at 30 frames, the game runs almost like it's supposed to (a tad slow in certain spots, but the important stuff is as it should be). Another thing is that when entering certain levels, the loading screen is cut out, and that's because fraps stops recording if the game reads from the disc (for some reason). You will also notice that at Saving Winnie and May there's a bit cut out in the level overview, I did that manually because there's a point at the overview that if you're at 30 frames per second, it triggers a massive graphic glitch that makes the boss unplayable.

Below are times for worlds and levels. Note that I don't list tokens collected for the rumpus room onwards, and that's because after dino upstairs I collected enough tokens to finish the game: