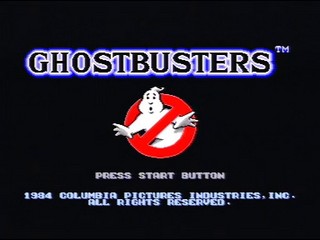 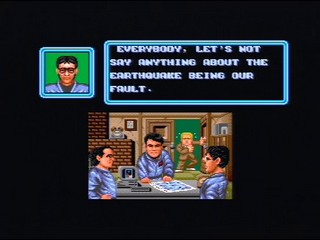 This is one of my favorite games from my childhood and also only game that I do speed running in at the moment. When I started to run this game, my times were somewhere in 45-50mins, so I'm very happy about the progress that I have done. There are few tas runs in YouTube, where I got new tactics to this game and why I was able to perform a lot better than when I started.

Overall I think this is both very good game for speed running and very bad. There are lots of rng bosses in this game and what bosses decide to do, tell what your time will be. And that makes this game hard to predict and you have to adjust to different situations most of the time. Is this good or bad? You can decide yourself. I hope you enjoy this run and this game, as I enjoy it a lot.

I use Egon in the run, because he is slightly faster than the other 2. He also takes more damage but that's manageable. Run is done in normal difficulty.

Doing this first, because it's shortest and only 1 mini boss. First safe is also first reset point. I need to get moneybag from this to make my strategy work and also easy to start over before getting too far without enough money. And it's on the path anyway. Had some trouble with the head of the mini boss, but ghost was very co-operative to get busted. Main boss done in 2 cycles and 2 bombs used, just the way it should go.

Using goggles makes this significantly easier so I use them every time, doesn't take that long to equip them. 2 more moneybags here, so I have enough for buying weapon later. First mini boss goes ok. I get hit 2 times on purpose, first one doesn't pay off. Capturing ghost gives me health and slimer I left alive before gives rest so I get full again. Making way to next mini boss, I skip the first 3 firewalls just walking through them and getting hit, slimer in next room fills me up. Then comes the 4 firewalls. You can't skip the ones that spawn mobs, so I have to stop 2 times here. Second mini boss has good movement and goes down fast. I get hit once by accident, so I have to use peking duck after doing the firewalls again. I go to buy phaser shell and 1 energy tank to make main boss quicker to kill. Then goggles back on and going up on a bit different path. I use damage boost to get over firewall. Main boss is not that good, but because of full health I can give few extra shots here and there and get hit. I run out of energy but gladly the boss dies too.

Buying 3-way shot before going in (this is what I was saving money for). Way to first mini boss is good, nothing special happens. Boss pattern is the best possible, so very quick kill here. Second boss fight is ok and quick ghost bust saves some time. Using phaser shell against main boss works amazingly good. This is the fastest kill on him that I have ever had; he doesn't even change to last color.

Filling up stuff from stores before going in. Small damage boost through the first fist on the way to first mini boss. Boss itself is good, he doesn't hide that much. 3 cups troll little by throwing me backwards. Second mini boss is the best possible, he stays open all the time. Marshmallow man sets me few traps, but overall good fight.

Filling up stuff again, including shield for easier damage boost and few annoying bosses. Damage boost with bat goes well. First and second mini bosses, Raymond and Peter, die quickly. Third mini boss is as random as always which is why I prefer using shield. Not the best fight but not the worst. Fourth mini boss, the reaper, doesn't play too nice, but the ghost afterwards makes up some time. Main boss doesn't give any trouble, and goes down like he should.

In first mini boss, I get all the shots in that I want to and he goes down without delays. Second snowman is not as good as the first one and takes some time to go down. Bat afterwards has some feud against me and doesn't want to let me pass. Second flower fight is as simple as first one, nothing new here. After boss, slimer wants to give me health, but it's a trap. When I jump for it I fell down and have to backtrack for quite long time. It's not as big time loss as bad boss pattern, but I was really unhappy it happened. Second face boss is ok, few bad positions but still good enough. Slimer before boss gives me energy drop, and saves me from need to use awkward tactics. Last boss positions itself very good, he doesn't go inside walls or floor and gives me change to get good kill. I run out of energy but no worries, the game is over!

I was really happy to get sub 35:00 on this one. I was really lucky with few bosses and how they behaved that made this time possible. It will be very hard to beat this time, since this kind of luck doesn't happen much. If some new skips will be discovered thou, then it will be new story.

I don't know if anyone else is running this game since I haven't seen any videos about it (except emulator runs) or forum posts. If you have any questions about the run or want to start running this game, feel free to contact me. Thanks from watching!