Released in March 2009 on Nintendo DS, October 2009 on PSP and January/September 2010 on iOS. Grand Theft Auto Chinatown Wars takes place in Liberty City of the GTA IV era. Huang Lee the spoiled son of a recently murdered Triad boss is on a quest to recover the sword (the Yu Jian) and avenge the one responsible for the loss of his father. It mixes the top down view with modern elements such as getting a lift from a taxi, to new 'mini-game' elements like making Molotov Cocktails from the petrol station, hotwiring a car and drug deals. 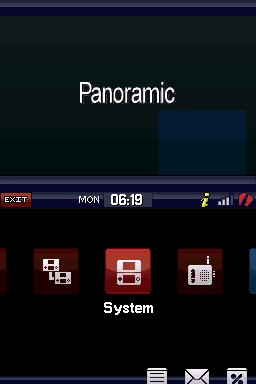 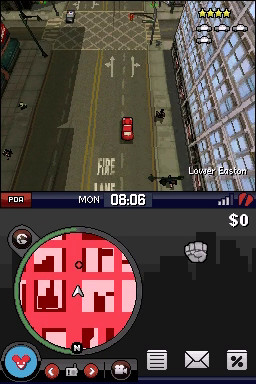 It's been a while but this is the first submitted run in 2011 by me. I'll give my shout outs to:
The SDA admins,
Loopy for his awesome USB Passthrough mod that enables direct feed recording on my DS retail games,
jlun2 for the TAS runs of this game, they were a good guide and target for the in-game run.

This run is cleared in 2 minutes and 11 seconds In-game time; not hours, minutes! How is this possible?

This run uses a save glitch I've discovered back in October 2009 that after you start a new game, before the Autosave Question appears, it is possible open up the menu and save the game. This is because there is ~1 second of game play despite the actual screens are fully black.

Even though the run is shorter than Super Mario Bros, there are a lot of luck and optimisation factors that makes it harder than it looks if one person tries to beat it.

There was a minor error that I didn't fully sprint all of the way towards the car but at the same time I had a feeling that the vehicle might not appear if I did hold the sprint button down. Also if I hijack the car from the passenger seat I am less likely to perform a burnout start because the car is still moving.

The most useful vehicles nearby the hideout I use are:
* = I used this for the published run
Hellenbach*
Dukes
Sabre GT

The Hellenbach is the most reliable vehicle of the 3 for good speed and turning and I can get '6:41 GTA clock' more often than the Dukes.
The Dukes is speedy and is what jlun2 used for his TAS run, in real time running however it's harder to control than the Hellenbach thanks to the poor grip.
The Sabre GT can spawn nearby the hideout but it is incredibly rare (only 3 times when I was trying to make the run) and it just as good as the Hellenbach if not better.

The easiest part of the run really. The actual chase is an autoscroller, not all of the enemies on the Wetski shoot back which is pretty odd in my opinion.
Time 1 minute, 46 seconds (07:46 GTA clock)

The Comet at the car park spawns 100% always but then comes the most annoying part of the run. You have 4 Stars and there's NOOSE Enforcers that slows you down if you collide to them with the sports car, Luckily it the collisions were extremely minor as you can have a good amount of small error before the yellow 'enter penthouse' spot actually appears. At one point of the chase the game freezes for a quarter of a second, this is not a frame drop in the recordings but a mini game engine freeze caused by loads of things happening at once.

The last part of the run isn't as annoying as the Car Chase but you can still screw up if you mess up the timings of the roundhouse kick. Since Kenny has a Sword that can kill me with one hit, I perform a roundhouse kick to knock him down and then finish him off with a series of jabs followed by another roundhouse.
Time 2 minutes, 11 seconds. (08:11 GTA clock)

My original target was going to be 2:12 but the performance was so good that I got a 2:11 instead.

I may upload this onto Youtube but at the same time I am worried that Take Two will flag the video, because I did upload a video back in March 2009 and it got flagged and taken down in just less than 1 week after being uploaded. However after two and a half years, there are some GTA Chinatown Wars videos lasting for nearly two years including the first TAS run jlun2 did back in late 2009. So my video was flagged probably because it was 'early' and spoiler related something Nintendo/Gamefreak did back in September 2010 when Pokémon Black and White came out in Japan to the point that in-game sprites were not allowed to be posted on fansites.