Released in October 2004, this is the 3rd in the trilogy of Grand Theft Auto games for PlayStation 2. Carl Johnson returns home from the East Coast and is forced on a journey across the state of San Andreas in order to save his family and to take control of the streets. 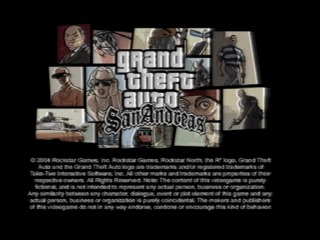 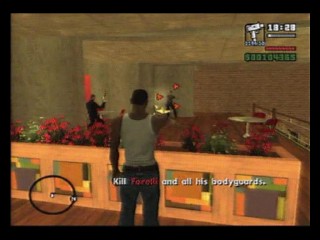 Hello, I won't waste much time here, all I can do is strongly advise you to download the normal or high quality H264 versions of the run and listen to the audio commentary where I go into huge depths about the most trivial aspects (but I hear it's quite good!) I had something of a semi-cold for the first 10 or so segments but it doesn't impact on it much. (You might want to pause it as soon as it loads up and switch audio channels first since I have a tendency to start speaking too quickly in my over-enthusiasm...)

I'd like to include Mike as a special mention (since I carelessly omitted him from the audio comments); he deserves respect mainly for having to deal with actual people (like me) so thanks!

Ah, need to thank Enhasa too, he wasn't working on the site when the run was done but anyone who can cover for DJ is doing a great job!

Here's a list of missions in each segment in case you wish to see something in particular or as research if you're trying to beat my time (no, of course I don't mind... not in the slightest...):

05 - Reuniting The Families, The Green Sabre.

07 - (First Base), Against All Odds, (Gone Courting), Small Town Bank, (Made In Heaven), Local Liquor Store.