Home is a 2012 Indie Horror game in which an unnamed protagonist awakens in an unfamiliar setting with no memory of recent events. The story is then shaped by the player's interactions and may or may not include a chipped tooth, a tiger in the bathroom and a baby that seems to belong to nobody he knows. 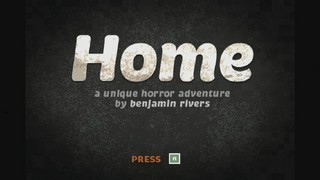 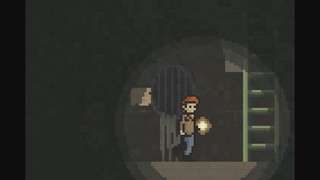 Turn off the lights, set yourself aside one and a half hours, and play this game. Or watch this run. Your choice.

Home is a game I found out about through Steam's Halloween sale. I picked it up and had a go at it. My first playthough I did as suggested - put on some headphones and set some time aside. The game is indeed pretty creepy your first playthough, if you let it be.

Home though is a game that is actually pretty hard to explain. You wake up in some house and try to piece together what happened. How the story goes depends on actions that you do, items you pick up, etc. That being said, the ending is a bit...ambiguous. You're given a rough idea, but then given an address and asked "what do you think happened?" I'm honestly a bit mixed at this. On one hand, it's a story told by the player, with the items that the author provided. It appears that way a bit since every option is phrased "Did I do..." or something similar. On the other hand, it does seem like a cop-out. Regardless of what actions you do, the author should have at least some info on what those actions mean. Every item is deliberate. It's a shame it all kind of goes to waste.

That being said, the game for the most part is well done. I do wish there was an option for speeding up the text that (from a controller perspective) doesn't mean "waggling the joystick about like a monkey" but oh well. It does make the run a bit harder to do, leading to some very quick quirky character motions after text blocks. I tried to minimize it as much as possible by jamming the stick between down and whatever direction I am heading to next (left or right) but the game is just bad with text skipping sometimes. Oh well.

The route basically is minimal completion. In the first house, I have to check out the painting to activate a switch. This unlocks the door on the right of the first floor. After that, I push the box out of the way to use the ladder and climb down. I grab the rope to safely climb down the broken ladder, because jumping down lowers my walking speed for the rest of the run (as pointed out by verifiers at my last failed attempt).

In the sewers, I have to manipulate all 4 wheels to drain the water so I can pass though. There's a security tape I could see, but nobody cares about it.

In the forest, the route though the woods is the fastest - it's a pain to get through that place with so many bad routes.

In the factory, I need to activate all 5 levers so power is restored so I can use the one door.

In the shop, I need to get the hairpin out of the trash so I can pick the door on the first floor.

Between the shop and the player's house, the 3rd gate both times leads me in the right direction. The others I pass are locked. Why they exist is beyond me, really.

At the house, I go upstairs to the top floor to retrieve the basement key from the computer desk. This allows me to get the 2nd floor key from the basement, which in turn allows me to get the crowbar. Once I have that, I can crack open the way in the basement to get to the filthy pile of rags. I say that I find Rachael (the PC's girl) purely because it's faster text on this route. After I wake up from my bed, I go back down to the first floor and out the front door to escape the nightmare (ending the game).

The game spouts out some text about what the PC saw when he found Rachael, but none-the-less, she's dead. Sorry dude.

What did you think happened? Post about it here.

This run is Copyright (C) 2013 Nicholas "Sir VG" Hoppe and IMAMYTH Colosseum (http://www.imamyth.com/ and http://www.youtube.com/user/SirVG) and is allowed for downloading and private viewing. Permissions for hosting this run have been granted to Radix and Speed Demos Archive. Public viewing of this run is prohibited without prior permission from the creator. The selling or distribution of this run for profit in any way, shape, or form including (but not limited to) selling on eBay and television for profit is prohibited without prior permission from the author. Video hosting sites (i.e. YouTube, etc) may host this video in part or in full, as long as full permission is granted by the author. Any violation of the above listed may result in legal action. Home is Copyright (C) 2012 Benjamin Rivers Inc.