Jagged Alliance 2 was developed by Sir-Tech and published in 1999. It is a turn-based tactical combat RPG, focusing on the urban areas of an imaginary Caribbean island. The retail game features a huge arsenal of over 70 firearms, natural time progression, a very colorful single-player plot, several dozen side quests, extensive mercenary characterization (more than 20 voice actors and several thousand lines of NPC dialogue), and non-linear gameplay. It has a highly active fan base who are responsible for extensive modification of the game, now that the source code has been released. JA2 is a massive improvement to, and expansion of, the original Jagged Alliance game. 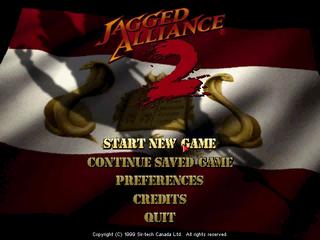 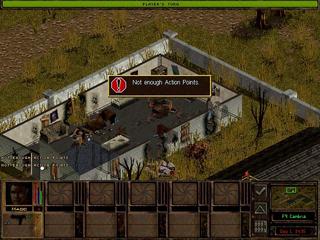 Category note: Gun count and Sci-Fi and Realistic mode do not count as separate categories because those choices make no difference in a speed run.

2) Took Grunty for the two canteens(the only one merc that has two) used in segment 2 and 3 by Magic when energy gets low.

3) Due to randomness of character availability at A.I.M. I save after I give both canteens to Magic and dismiss Grunty.

1)There are only several routes of going to Cambria some of which can slow down mercs, such as going from E10 to E9 + I need to get in Cambria from the north. I went through the Omerta because less game time would pass. (Used + - keys for speeding up game time at map)

2) Used the corner switch trick at B9 that is going to a side sector and then back into B9(passing some game time minutes) and selecting a different start point which in this case is south!

4) In F9(Cambria) there are two LAW's in a crate(random from 0 to 2) which I use at Meduna Palace. Many restarts due to the random count!

5) I shouldn't had a contact or opponent loading times(loading time occurred because another soldier saw the soldier die), but due to the rareness of 2 LAW's in the crate I continued the run.

7) If there wouldn't be any soldiers in K6 Magic would disobey map moving orders on the map and I would have to make hime move manually.

8) M3 would needed to be gone through at night, but when I discovered that there doesn't need to have a clear way to the next sector I made him just go through! This eliminated the need of wire cutter in N3(Airport) for the wires south of it.

9) In N3/O3/P3 sectors there are mines, but they aren't randomly set so I know where they are!

10) Saved near Meduna Palace due to status of the LAW's which would make them useless when trying to shoot.

1) Both Laws fired, both pretty precise. Note: No alarm sounds due to the interruption of the fire that is Magic moved!

2) Used a Burst fire interruption while shooting at Deidranna to not initiate Turn-Based Mode. Though I did not make one interruption Magic still got enough AP to kill her in the first turn thus ending the game.