Released in October 1999, Rare's Jet Force Gemini is set far into the future where a maniacal tyrant named Mizar is quickly conquering world after world using his massive insectoid army. JFG is called upon by the last remnants of the Federation to stop him before all is lost. Juno, Vela, and their pet cyborg dog Lupus will use a variety of guns and explosive devices to help them along the way while freeing the enslaved Tribals. 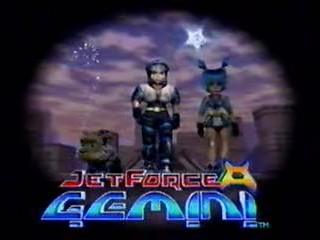 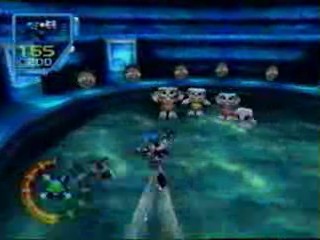 I'd like to start off by first saying that I discovered that the game never saves after beating it. That being said, usually a good 7 or 8 minutes get cut off the end of the run. To help counter this, after the Mizar 2 fight I pause and perform a manual save. This adds all the time spent going through the asteroid level and fighting Mizar. The floyd mission however still gets cut off as it is not possible to save it on. The floyd mission takes roughly 35 to 40 seconds, this is why I say my Game Time is 2:39-40. Because seconds are not displayed in the Game Time on File Select, so we don't know if adding the floyd mission on would bump it up a minute or not.

The Real Time of this run is 4:03:34, but the game time is 2:39-40. Jet Force Gemini has a lot of cutscenes, however none of them count towards actual Game Time. The Real Time could be lower if I skipped the results screen, but I like to let them play as they show the Game Time for that specific section. That allows me to know how well I'm doing in Game Time wise.

For the most part the route for this run was created by me. Altair came up with some ideas to make some areas faster that I then tested, and most proved to be very useful. If you're interested in doing a run yourself, then feel free to use my route -- http://pastebin.com/FpSX7nRE.

It was also suggested by Lippyj that strafing is faster than just running. After a few tests done by him and I, it proved to be true, thus strafing is used as much as possible throughout the run. Doing a pure strafe makes it very hard to see where you are going as the camera moves to the side. Fortunately aiming and strafing is just as fast and allows you to better see where you are going. For most of the run I do aim and move as it keeps me from having to hold up on the joystick which can really start to kill your thumb, especially in a 4 hour run.

Knowing exactly what to kill and what to leave alone is where most of the speed comes from in this game. Some rooms on the earlier levels are very easy as very few drones must be killed, but later on everything has to be killed to open doors. Knowing where all the tribals are is easy enough, but making sure that they stay alive is the tricky part. The worst thing about the tribals is that even though you may save them, even after they have fully teleported out, they can still be killed by a grenade for a few seconds. Dead tribals are usually a run killer unless it happens where you can quickly exit the Region and re-enter to try again.

I got pretty good boss fights over all. I did have a little trouble with Lurg once I got him down to just needing to blow off his head, but I didn't losing that much time. For Mizar 1 its best if he gives you the minty breath attack twice, but at least he never give me the arm attack which is the worst so it was not too bad of a fight. I am very proud of the Mizar 2 fight in this run. I managed to get through the first three cycles without ever letting him attack. This is good because although the laser eyes, and minty breath are jokes, the electric fingers are very deadly and can do some serious damage. The last part is easy enough if you still have tri-rockets as it only takes 3 or 4 to his face to finish him off.

When the run is going to be over 4 hours it becomes very hard to get a run without mistakes. The little mistakes are simply overlooked as they will eventually always happen. However there was one big mistake in this run. On the Spawnship with Vela I tried to cut a corner too close and ended up falling down. This mistake ended up wasting just around a minute. Other than that it was pretty solid and I couldn't ask for a better run.

1.    Deaths. Although I end up dying several times, none of them are accidental. I intentionally kill myself as it's a much faster way to get full health again, rather than trying to collect gems. Dying at the end of a long area is a big time waster as it resets you at the start of that area.

2.    Running into Drones. In most cases this is intentional. By hitting a Drone correctly the damage you take will give you a speed boost.

3.    Dead Tribals. Obviously to complete the game I do have to save every single Tribal in the game. However some areas cannot be completed on the initial playthrough so I will kill them if I can just out of spite, because of how many runs they have ruined.

Some of the Tricks:

3.    Text Skips. If you time mashing the 'A' button correctly some of the dialog boxes can be gone through before they ever appear on the screen.

4.    Midge Skip. It is possible to skip Midge on Sekhmet completely by not allowing him to talk to you, unfortunately because this was first attempted in this run I did not know that when I returned later with Juno that I would have to do it again. So effectively I didn't get this skip.

5.    Green Platform Skip. On Ichor there is a room with colored platforms that are controlled by switches. Normally you are supposed to have to use them all. I discovered that if you position the purple platform to the center of the middle and end platform you can jump across them.

6.    No Drones. It's possible to avoid hitting floor triggers to keep drones from spawning in. This helps reduce lag and enemies to kill.

7.    Brain Platform Skip. On Eschebone with there is a ship part in the brain room. I discovered that it is possible to jump off the brain and hang on the ledge that has the ship part, thus skipping the time spent riding the platform around the room. However this trick is very precise and risky at this point in the run so I don't go for it.

1.    As far as I know there are literally zero useful glitches for speedrunning this game.

2.    Sometimes Vela will try to grab a ledge, but fail and fall.

3.    The game only auto saves when a new level is unlocked.

4.    According to the inventory I managed to collect a total of 73 Drone heads throughout the run.

Overall I was very pleased with this run. If you want to see more speedruns just head over to my Livestream, twitch.tv/jimmie1717. Thank you everyone for watching and enjoy!