Jurassic Park 2: The Chaos Continues, released in 1994, is the follow-up to the original Jurassic Park game that was quite different and much, much worse. Ocean, the developer of both games, this time manages to deliver a terrific 2D shooter. However, looking for congruences between the game and the movie is damn near impossible, seeing how the only thing that both of them have in common is dinosaurs. 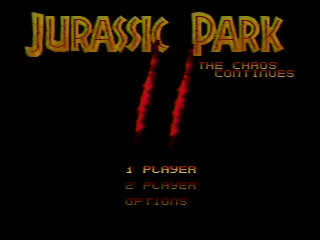 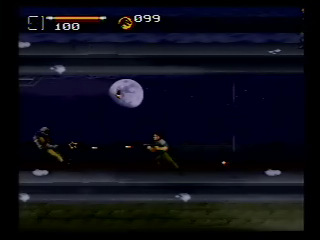 After completing this run I finally have something new to put on my resume and a good way to pick up girls at bars. I have been playing this game almost since it initially came out, so I have had a lot of experience with it. However as with anything there is always room for improvement, and I would be amused if someone could beat it in a quicker time.

Some things that personally made me laugh about this game:

Before I start on the synopsis on the levels I would like to extend my deepest gratitude to mikwuyma for guiding me through the submission of this speedrun. Thanks again for all of your help and dedication to this site. I would also like to thank Nate in advance for helping me encode this video and allow it to be downloaded for all. Thank you both so much for allowing me to contribute something to your wonderful site.